Premier League football restarted last week with the beginning of the 2020/2021 season. The opening game week was reminiscent of exactly what we have come to expect with the league; sensational goals, impressive underdogs, and no-nonsense tackles. It’s a league that is jam-packed full of surprises, yet, something which came as no surprise to the viewership was Mohammed Salah’s opening day hat-trick against Leeds United. For three seasons now Salah has been proving all his critics wrong through achieving a level of consistent quality. He’s a player who has been setting records both on and off the hallowed turf. His recent hat trick took him to a staggering 75 goals within the Premier League. If we combine that with the 29 assists, he has accumulated, it means that since his entrance into the Premier League during the 2017 season, he has a total of 104 goal contributions; the most of any player in that time frame. In response to this unbelievable footballing achievement, it is perhaps a good time to look back on some of the other highlights of Salah’s prestigious career.

Before, the 2017 season, Salah had actually previously taken a stab at cracking the Premier League with Chelsea in 2013/14. Salah hadn’t quite refined his skills and thus, couldn’t adapt to the physicality of the league, resulting in him being shipped off to Fiorentina on loan. His time in Fiorentina was fairly successful, but it was when he was eventually sold to Italian giants, Roma, that he really found his wings. After scoring an incredible 15 goals in 31 games from the right-wing, Salah earned a second chance to thrive in the Premier League as Liverpool came calling. His transfer fee of £37.8 million raised some eyebrows, especially after his unsuccessful time with Chelsea. However, it was this transfer that saw a resurgence within the Egyptian Prince. He was back in the Premier League and back with a vengeance. 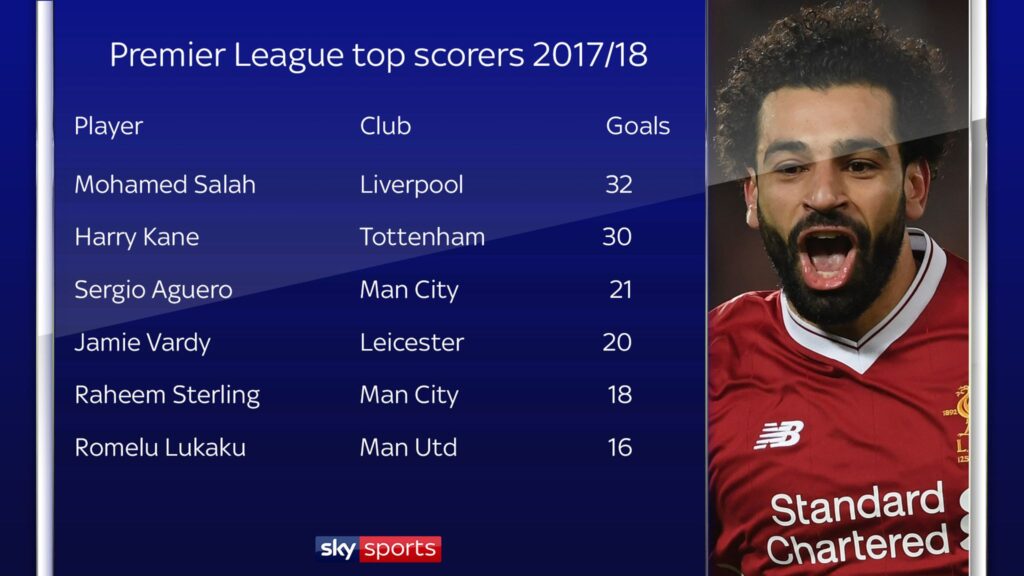 Nobody really knows why, but for some reason during Salah’s first season for Liverpool everything just ‘clicked’ for him. Whether that was his development as a player, his own confidence, or perhaps the team around him; everything seemed to align to allow him to reach the pinnacle of his footballing ability. It was during this first season that we witnessed perhaps the greatest individual achievement of any player the Premier League has ever seen. Within just 36 games Salah scored a total of 32 goals, a feat unheard of in the top flight of English Football. In his first season back in the Premier League, Salah broke the record for most goals scored in a single season. His performances were simply mesmerizing, and he had the finishing ability to back it up. The true brilliance of this landmark was the variety of goals Salah was able to conjure up. He scored everything from the simple tap in, to the seemingly impossible long-range missile. Perhaps his most impressive strike came in the dying moments against Tottenham Hotspur. Surrounded by an army of Spurs defenders, it seemed the route to goal was impassable. Yet, like a ballerina, Salah danced his way through the smallest of gaps, utilizing both his dribbling ability and unexpected upper body strength. Within the blink of an eye, he’d cut through the heart of Tottenham’s defense to delicately chip the ball over the onrushing Hugo Lloris. Goals like this epitomized an astonishing season for Liverpool’s new winger, however, his achievements remained only individual. A hunger had grown around Anfield, a hunger that could only be satisfied with silverware. This desperate starvation of success on Merseyside was one that was soon ended after the entrance of Mohamed Salah.

After his record-breaking first season football fans up and down the country began to question if Salah could keep up such a scoring record, or if he was simply a ‘One season wonder’. In the next two seasons, Salah didn’t only silence these critics, but he also pushed Liverpool to some much-needed silverware. During the 2018/19 season, Liverpool won the prestigious Champions League, a huge achievement, especially after their heartbreak in the finals the season prior. Salah scored five goals in that Champions League campaign, including a crucial goal within the final against Tottenham. After this European success, Liverpool set their sights on winning their first Premier League, a goal that potentially wouldn’t have been possible without the goals of Mohammed Salah. He may not have scored quite as many goals, but his 19 goals and 10 assists during the 2019/20 Premier League season were essential to Liverpool’s first title win. The Salah that we see playing today is a drastically different player to who we initially saw at Chelsea. His game has matured and refined to a world-class level. Gone are the days of his selfish wing play and heavy reliance on pace. Now we see a player that can do it all within an attacking sense, as well as take responsibility. Frequently when the team is desperately searching for a goal, he has been the one to stand up and create that moment of magic, that moment that turns a good player to a great player. This maturity to his game has resulted in international success as well. Just as he took responsibility for Liverpool, he did for his beloved Egypt as well by propelling them to their first World Cup competition in 28 years. Everyone by now has seen the hectic celebrations after Salah stepped up to score a 95th-minute penalty against Congo to send Egypt to the World Cup. He became a nationwide hero in an instant; scoring five and assisting two of Egypt’s eight goals. His popularity throughout the country has reached superstar status.

However, this achievement doesn’t even begin to scratch the surface of what he has done for his country. As I previously highlighted, Salah is now a player who loves to take responsibility, and this characteristic has recently developed out of the beautiful game and entered the boundaries of the real world. Despite his celebrity status, Salah has not forgotten where he came from, and as a result, has carried out some wonderful charity work in Egypt. In recent years the forward has carried taken on numerous acts of kindness across his home country. In 2017, he donated $300,000 to the government to help stabilize a plummeting economy, as well as $57,000 to the hospital in his hometown, Basyoun. His hometown has experienced numerous acts of charity, as Salah attempts to pay back to his humble beginnings. The Mohamed Salah Charity Foundation has helped 450 families financially by giving them a monthly allowance. But perhaps his most influential piece of work was in August of this year when he donated $3 million to Egypt’s National Cancer Institute to help restore facilities after a terrorist attack took place near the building. Salah has not let the luxury of his celebrity status blind him to what really matters, resulting in a superstar status both on and off the picture. 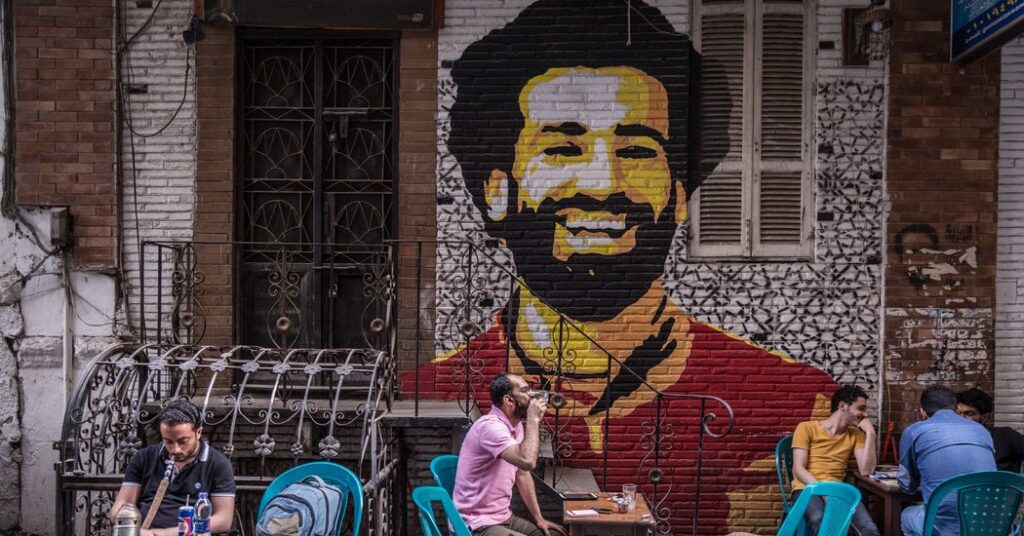 His incredible footballing and charity achievements have made him a figurehead of Egyptian culture. So much so that in the 2018 Egyptian election, 7.27% of the ballots were invalid as voters spoiled their ballot to cast a vote for Salah. He gathered so many “votes” that technically he came second in the race for the presidency. Yes, you heard that right. Mohamed Salah came second in a presidential race. Footballing ability aside, Salah has established himself as one of the ‘good guys’ within football. He has the awareness to use his influence and success for a greater cause. As much as his goals have improved the lives of thousands of Liverpool fans, his charity work has bettered the lives of millions of Egyptians through the creation of real positive change. I suppose then, in reflection of Salah’s tremendous work, it brings into question the importance of footballers stretching their influence into real-world issues. We have already seen the likes of Raheem Sterling speaking out in racial issues, but not enough footballers have followed this path. They are privileged enough to be in a position where they can influence the result of more than just a game, they can influence real people’s lives for the better.