The Wait. DeVon and Meagan Give Us Real Relationship Advice.

Meagan and DeVon Franklin teamed up in marriage and love and released:

The Wait: A Powerful Practice for Finding the Love of Your Life and the Life You Love on February 2, 2016.

Meagan Good has starred in numerous films like Deliver Us From Eva, Waist Deep, and Jumping the Broom where the couple met, formally. The couple dated a little over a year then married in 2012.

Formally Meagan Good, now Meagan Franklin tells us about the entertainment industry and how women are labelled as sex symbols so everyone believes you are an “image” not a real person. She credits God and her husband for looking past her “image” and getting to know the real her. In an interview with Xonecole Magazine by Kiah McBride Meagan stated:

“In the beginning I self-sabotaged because there were all of these feelings of unworthiness and not being good enough, a lot of fear, and seeing how far I can push the person before they give up on me. And he stuck in there with me and literally it’s been the best thing because his love, and the love that God gave him for me, was a huge catalyst to a tremendous amount of healing that I’ve needed for such a long time.”

Both in the entertainment sphere, DeVon Franklin was a VP for Columbia pictures before leaving and starting his own Production company: Franklin Productions. He is also a part-time preacher. The Franklin’s’ participate in may church forums, and discussions at universities talking about God, relationships, and the entertainment industry as a whole. 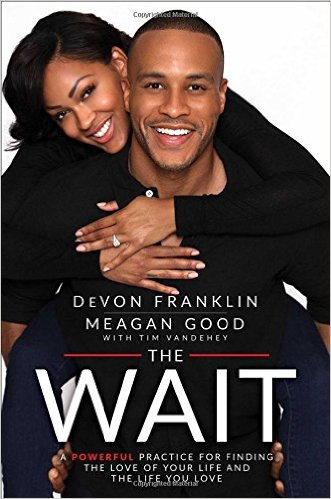 In the book the couple discusses how they met, their journey with celibacy, finding love both with themselves and each other. I believe this book comes at a time when our generation is more promiscuous and does not see sex as a big deal. The Franklin’s go in depth to discuss why they chose celibacy until marriage, and how it was the best route for them. I thoroughly enjoyed reading it, and it offered great advice. The book retails for about $12 on amazon.