With the recent releases of movies like Monster Hunter, Tom & Jerry: The Movie, and Godzilla V.S Kong to theaters and streaming services within the past few months, it is becoming clear that Hollywood has decided to return its attention to the theme of nostalgia. And with an Uncharted movie currently in the works, it’s apparent that video game adaptations may become more frequent in the coming years. However, is that necessarily a good thing? After viewing the latest film adaptation of the popular – or infamous, depending on one’s standpoint – franchise Mortal Kombat, which premiered in theaters and HBO Max this past weekend, many fans might be on the fence.

The movie follows Cole Young (Lewis Tan), the descendant of Hanzo Hasashi (Hiroyuki Sanada) – better known as the iconic Scorpion. Having been living the relatively normal life of a former MMA champion for several years, he is suddenly thrown into the middle of a brutal otherworldly tournament when Bi-Han (Joe Taslim) – later taking the mantle of the iconic Sub-Zero – attacks him and his family. Saved by Jax (Mehcad Brooks), Cole must prepare himself to take on his family’s legacy and enter ‘Mortal Kombat,’ as the fate of the earth now rests on the shoulders of him and the other mighty warriors gathered by Lord Raiden (Tadanobu Asano).

Catering to its fan base, the film introduces several recognizable figures from the franchise such as Sonya Blade (Jessica McNamee), Kano (Josh Lawson), Mileena (Sisi Stringer), and Liu Kang (Ludi Lin). In fact, the movie opens up by immediately showcasing one of the series’ most familiar conflicts: Sub-Zero versus Scorpion. Though not all introduced with their abilities, we do get to witness how certain characters “came to be” in a sense – an example being the explanation of Jax’s metal arms being visually included. However, other characters just kind of “pop up” throughout the movie without any real introduction – even in his initial appearance, Liu Kang sort of just appears in front of the cast, showcases his abilities, and brings our heroes to Raiden’s temple immediately.

Another point to note is the exposition-heavy dialogue between characters, as well as how quickly events seem to take place during the film’s run. Everything appears to happen at a fast pace, with most of the important details being revealed through characters talking. Sonya pretty much explains a good majority of the concept of Mortal Kombat and the dragon markings to Cole within their first interaction, then things just kind head in the direction of getting the characters together in order to fight – see the previous mention of certain key players just kind of showing up without too much backstory. In fact, the climax of the film is set off by a betrayal that just sort of happens without much convincing and most of the long-awaited fights take place at the movie’s end. 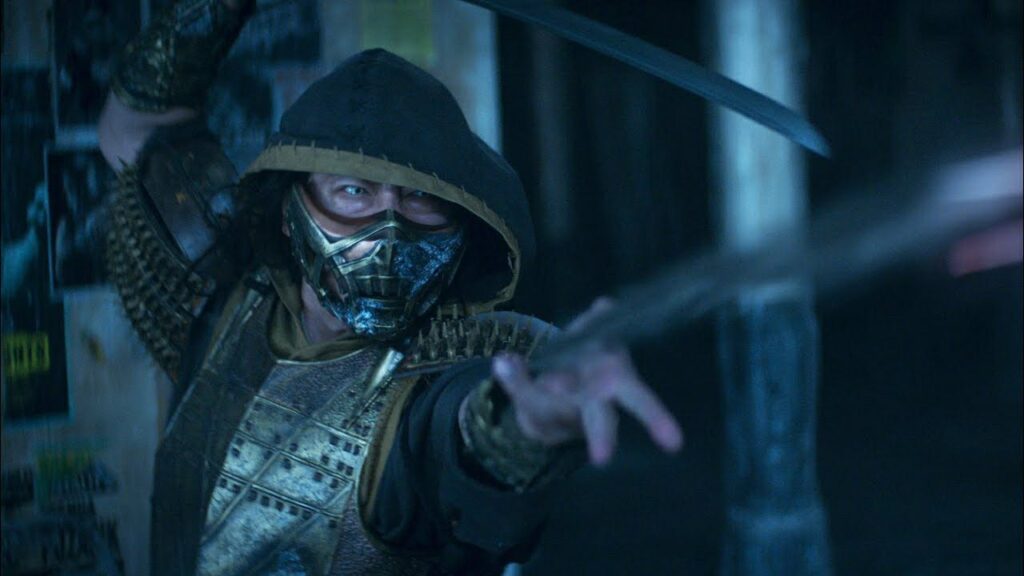 Storyline aside, the film does keep in tune with the brutal and over-the-top violence expected of a Mortal Kombat based project. Although a bit cartoony at times, “fatalities” do appear a few times throughout the movie, as well as a few easter eggs fans of the franchise will instantly recognize – hearing Kano himself say “Kano Wins” was a great callback for those who play the game. As a homage, this film was definitely made as something to be enjoyed but not taken too seriously.

Previous ArticleWNBA TUC 5 Rankings Going into Training Camp
Next ArticleYabba Dabba Doo! The “The Flintstones” Are Back With A Series Sequel
NIPSEY HUSSLE TUC RECAP