From Marvel’s The Avengers to Wonder Woman, Superhero movies have been killing the box office. Over the long holiday weekend, we witnessed the historical release of the latest Marvel Cinematic Universe (MCU) installment, Black Panther. Black Panther has become one of the most financially successful movies across the board — in just four days. According to Forbes, the film grossed $242 million over the President’s day holiday weekend, making it the 5th biggest weekend opening after Star Wars: The Force Awakens, Star Wars: The Last Jedi, Jurassic World, and Marvel’s The Avengers. With a 97% Rotten Tomato rating and fan engagement and excitement that rivals the Harry Potter and Star Wars sagas, Black Panther is easily becoming more than a film, but an entire movement.

(Writer’s Note: I am going to try my best to not include any major spoilers, but know that you have been warned.)

Although a fictional African country, Wakanda is dismissive of the narrative that the continent of Africa is poor and technologically primitive. To the outside world, Wakanda is just another third-world country that lacks visibility and concern from the rest of planet. But to the knowing, Wakanda is a high-tech industrialized country that is purposely hiding from the rest of the world in plain sight to keep their blessings in presumably good hands. Wakanda is aesthetically appealing with blended elements of an industrial Singapore and mountains that are comparable to  Lesotho.

Wakanda is also home to the most powerful metal in the MCU — vibranium. Possession of this precious metal is essentially the central driving factor for the plot of Black Panther and connects this to the MCU films. Wakanda has taken the vibranium and used it to advance their technology and thus how their country is built.

The movie boasts a mostly African and African American cast, which is representative of the film’s made-up location. If you have been up on the new wave of black actors making noise in the TV and film industry, you’ll notice a few familiar faces in the movie along with a few new ones. The main characters in the movie are:

Like your typical superhero movie, there is a hero and villain. What makes T’Challa (aka the Black Panther) stand out amongst the other heroes is his overwhelming compassion. He is able to somehow feel for the person who only has his demise in his plans. The film features a villain that is not one dimensional but has motives that are understandable and relatable. Unlike other villains like Thanos or the Joker, we have a real connection and understanding of why Erik Killmonger is who he is and acts the way he does. 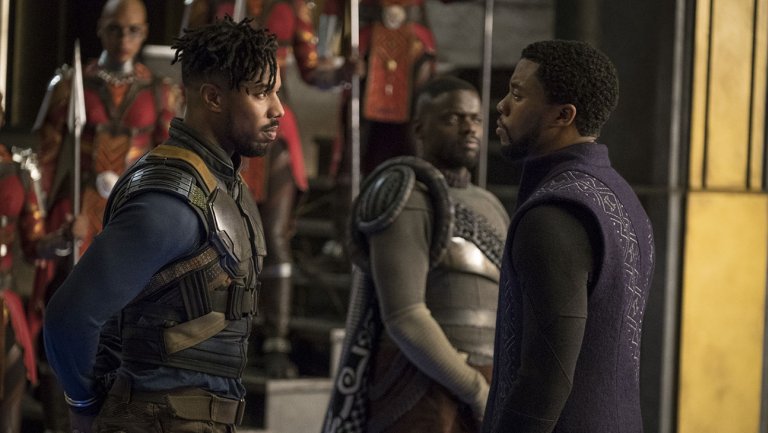 Action, family drama, and comedic elements all make up this film. At the basis of the movie is the recurring themes of Afrofuturism, loyalty, and colonialism, amongst others. Ryan Coogler and Joe Robert Cole did a great job in paralleling the different experiences that this African nation had to deal (from infiltration, war, uncertainty to past mistakes) with while weaving in thoughtful messaging and content.  Without going into too much detail, Black Panther gives background and context on the character T’Challa who was introduced in Captain America: Civil War. In Black Panther, T’Challa has just become king of Wakanda after his father’s untimely death in the previous Marvel film. Becoming king presents itself with many challenges and challengers for T’Challa, who ultimately just wants to be a great king who his father and country would be proud of. The adversities that T’Challa must face are unique in that they are those of his father’s and ancestors and not necessarily his own personal doing. Will the new king of Wakanda overcome his threats and keep claim to the throne that was bestowed upon him? And how have these threats affected T’Challa along the way? 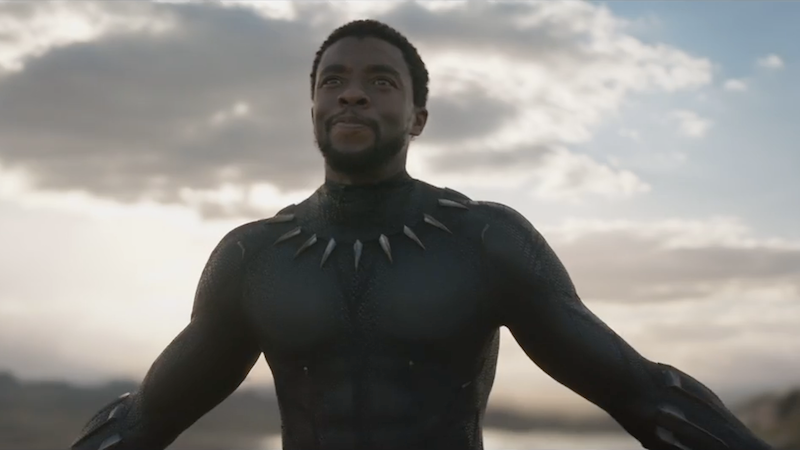 Black Panther takes us on a dramatic journey through a futuristic African nation that is the most advanced in the MCU. From the costumes, language, and accents to the special effects, it is indisputable that this was a well-made and well-researched film. All aspects of the movie seemed authentic of an African society that is progressive, yet still has cultural and ancient rituals very much still intact. There was so much pride and loyalty shown by the community of Wakanda, which made it easy to think about how patriotism is in the United States. This sense of allegiance to a country is something I think no American truly knows or feels towards the US, that is, until tragedy occurs. Whether you have seen all the Marvel movies or none at all, Black Panther is definitely a great superhero movie to see that has layers and depth beyond the action shown.

While I have also only seen the movie once, I think once I watch it a second time I will pick up on even more things I did not notice the first go round. Wakanda forever!