Next Up: Atlanta Producer Cassius Jay 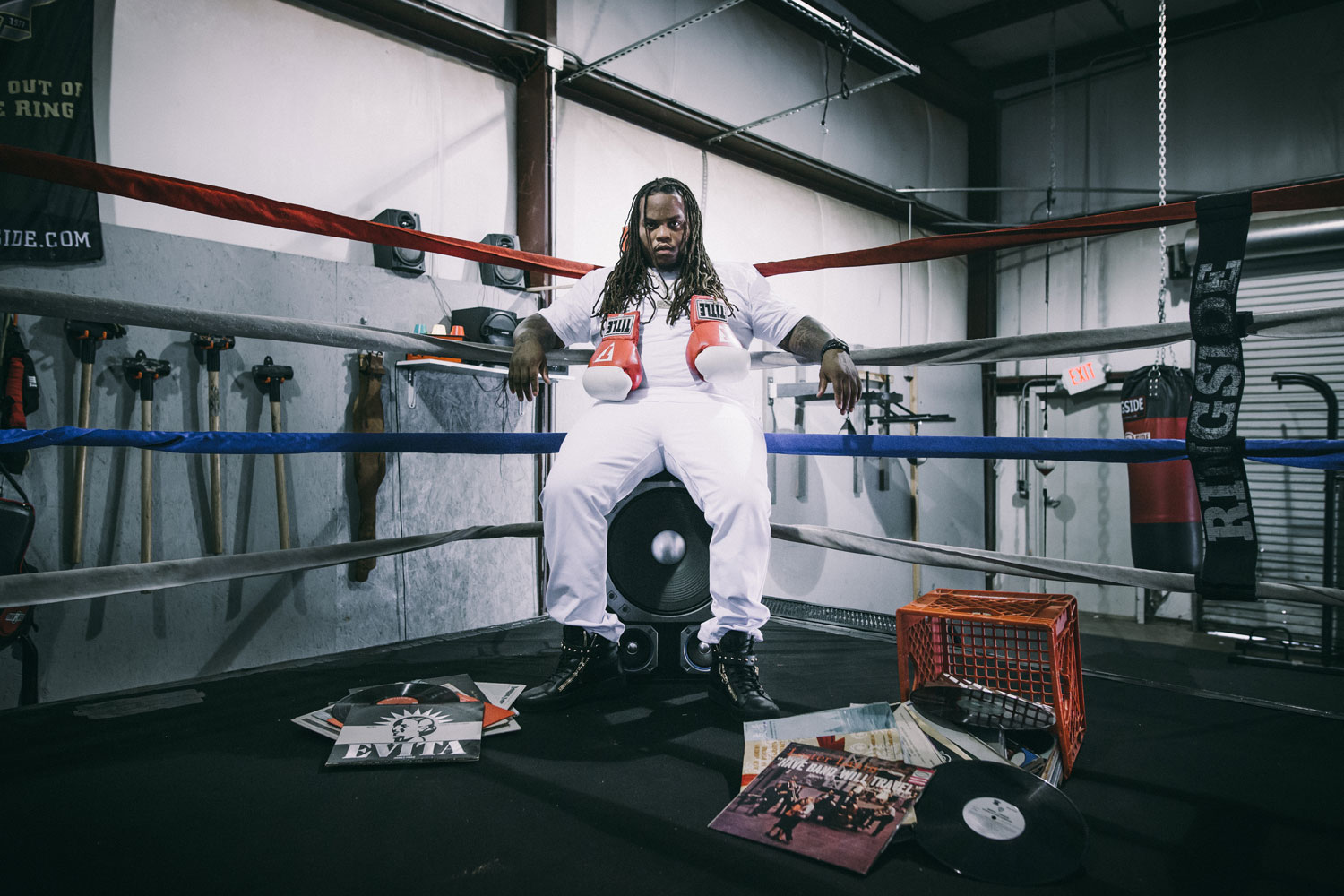 Cassius Jay is a music producer from my hometown Decatur, Georgia. The 28-year-old was born Josh Cross and grew up in a very religious environment. Recently, I interviewed the successful producer, and we discussed how he got started as a producer, who he has worked with, competition in Atlanta among other high-profiled producers, and much more. Cassius Jay has made a big name for himself by working with some of the best in the music industry from Justin Bieber, Bankroll Fresh, August Alsina, and one of Atlanta’s very own hottest producers Zaytoven. Cassius is a God-fearing man who loves Jesus Christ and wishes to help his comrades talk about Jesus a little bit more. He is passionate about music and in the interview, fans can see how much he takes his craft seriously. The first artist he produced for was Lloyd and his single titled “All of Me.” I enjoyed our conversation, and he is one of the most honest people I have interviewed. Check out the interview below

Sierra: What inspired you to become a producer? When and where did you get your start in production?

Cassius Jay: What inspired me? I love music. I’m a musician. I still play at my church. I’m a gospel musician. That’s why I do gospel music. I’m a musician. I love music. Music, that’s all I eat, breathe, sleep is music. Any type. Just not one genre. I listen to all music. I’ve got a jazz trap album that’s about to come out. Started off producing in church. First song I ever produced was a song for Lloyd called “All of Me.” First song I ever produced.

Cassius Jay: A jazz trap album. I might leak one of the songs this week just so y’all can see what we about to do. 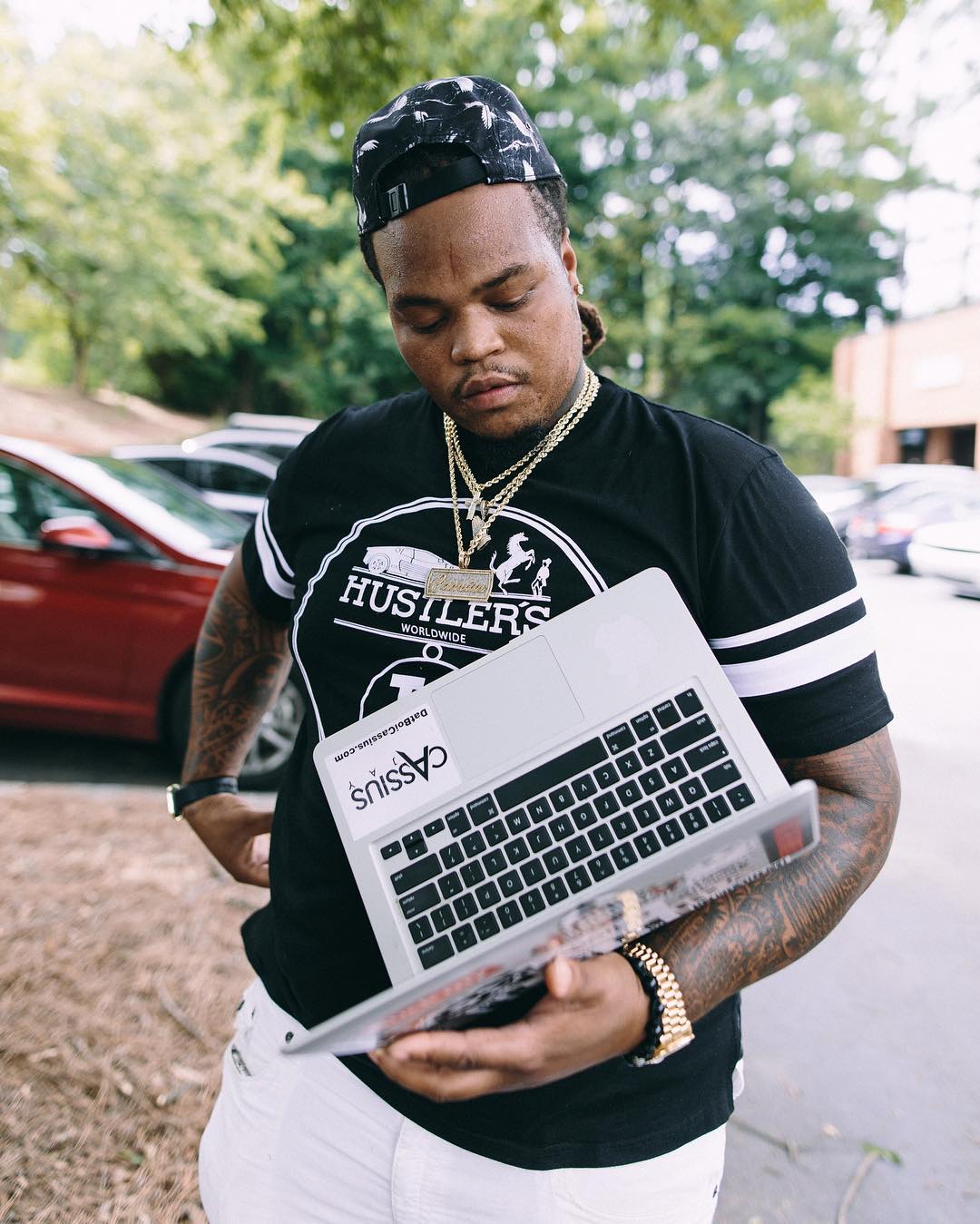 Sierra: Who would you credit for helping you become the producer you are today?

Sierra: I’m a former intern for Streetz 94.5 and interned during a couple of DJ Holiday’s shows. I saw you guys in a video together headed to the studio. What were you guys working on and how soon can the public expect it?

Sierra: Same for Demetrius Shipp Jr. who is playing Tupac in the All Eyez On Me Biopic. You were in the studio with him. Can he rap ? and will he be releasing a song that you produced?

Sierra: What’s the hardest and most rewarding thing about producing?

Sierra: Who taught you to play the piano?

Sierra: Back in 2015, you were considered by Complex Magazine one out of 10 producers’ people should look out for. How did that make you feel?

Cassius Jay: It made me feel real good. That was when? You said that was 2015 right?

Sierra: Atlanta is a competitive city with producers being just as famous as the rappers from 808 Mafia, Mike Will Made-It, Zaytoven, etc. Do you feel like you have competition with other producers?

Sierra: Who is your biggest critique?

Cassius Jay: I’d say if anybody critiques me it’s only one person because he’s the godfather of this. That would be Zaytoven.

Sierra: What was it like producing for Lloyd’s single “All of Me” featuring Wale? How did that collaboration come about?

Cassius Jay: It was beautiful. It was something that I never thought would happen. I think that’s what burst me into being who I am. It taught me how to produce. It taught me how to make a song. It taught me how to arrange a song. It just taught me how to add every instrument that I could add to it that make it different. If you listen to “All of Me”, you listen to the guitar. I put a guitar solo in it by my boy named Carlos Kahe. The thing that I played on “All of Me” is he’s going to be featured on this Peewee and TK N-Cash song called “Way Too Much.” He’s playing the guitar on that same song, in a similar way. It was a first [inaudible 00:05:10]. It was just teaching me how to produce when I got to this level where I’m at now. All right, it came about simple. Me and Lloyd at the time had the same manager which is New Town, the guy that has all the connections. People want to show you who they are, they can do what they say they are. They said commit Lloyd to records. That’s our artist, and I committed to records. They did their part, and I also did my part. That’s how the record came about. I think both Lloyd and I were together at a show, we both saw Wale. We played Wale the song. Wale agreed to jump on it. That’s how he ended up getting on it.

Sierra: You have worked with Justin Bieber, Kandi Burress, and even August Alsina? Out of those three artists who did you enjoy working with the most and felt like you got the most recognition while working with them?

Cassius Jay: Really it’d be August. Me and August are like brothers. We were in New Town. He was with New Town. I was with New Town. I kind of helped birth August in a certain sense if I can say that without offending him or anybody else. I kind of helped birth him because I was there at the beginning. The very, very, very beginning stages. I kind of helped that. I take that more personally. August is going to be on my documentary that I’m shooting too. I’m going to show y’all how he was born through. Me and homes used to talk about God. We’d be in the studio sitting there working on music. We’d be working on music, but we would also be playing gospel music. I’d be playing the piano. He’d be singing gospel music. I didn’t even know I was going to need that. I remember recording. I’m glad I kept it. August would be the one that influenced me. He’s the one that I really took personal.

Sierra: What artists would you like to produce for that you haven’t produced for?

Sierra: How close are you to Zaytoven, he pops up on your Instagram quite a bit?

Cassius Jay: Zaytoven’s my right hand man. What Zay says goes. If he don’t say it, it don’t go. That’s how it works. Zay is my right hand man. Zay’s like my spiritual father too. We talk about God and stuff. We came from the same background. I’ll ride with that boy till the end.

Sierra: What producers do you respect or look up to the most and why?

Cassius Jay: Let’s see. The producers I look up and respect the most is the ones that I saw grind and I seen took off, like Mike Will Made-It, or TM 88, or Young Metro. I remember Metro used to always be around me and Zaytoven. Metro used to be at me and Zay’s house making beats with us. We always trying to figure out who going to get the next big hit. How we going to get it. We used to always be together. I respect Metro Boomin. I respect TM. I respect my little homie Wheezy, that’s thug producer. I respect Mike Will. Let’s see who else I respect. I respect Done Dia, you dig? I respect C4 , that’s my boy. The older producers, I respect Jazze Pha.

Sierra: You’re a father of three beautiful little girls. Right? How often do you take them to work with you? Do they ever get to see you in your work zone or meet the artists you work with?

Sierra: Never? They never get to see you in your work zone or anything like that?

Cassius Jay: They have, but it has to be in a good environment. You got to think, the rappers that I work with most of them are into things. I have to keep them away from that. I don’t want them to experience that. Not only that, I have to protect them because they’re my kids. I don’t want them to be around certain things. Stuff can happen. If they was involved in it, you never know what can happen at any time at a studio when you doing the type of music we do. We try to keep the peace and keep them in a positive environment.

Sierra: How well did you know Bankroll Fresh? How many records did you guys do together?

Cassius Jay: I knew Bankroll Fresh, bank, bank, bank, bank, bankroll street (singing). I’ve been knowing Bankroll Fresh for a long time. Me and Street met in Zaytoven’s basement. I’ve been knowing Street about 6 years. I’ve been knowing Zaytoven about 6 years. Zay one of the best dudes in the world. Zay introduced me to Bankroll. He always encouraged us to go into the other room while he was working and work on stuff. Figure out how to work through pro tools. Figure out how to record yourself. Figure out how to make beats. Me, Bankroll Fresh, and Young LA we all used to record together. Bankroll Fresh is like my brother. Me and Street used to talk. I used to always call Bankroll, even when we weren’t working on music I’d call to see, “Where you at Bankroll? How you doing? Let’s go to Benihana’s. Let’s go get something to eat. Let’s go to the strip club, grab a drink”. We was always together. I know Bankroll Fresh real well. We got a million. We got a million records. I ain’t even release them. I talked to his dad about it. I ain’t even going to release them out of respect for his family. What I will do is I’ll help them if they actually need an album. If his father came to me and said, “I need the records for my son”. I’d give them to his dad. I’m not personally going to release them for everybody else to gain no kind of attention off of it. I won’t do that. We got a million records together. Street!

Sierra: What is one thing you want people to remember about you as a producer?

Sierra: Favorite song you have produced so far?

Cassius Jay: My favorite song would be right now the Peewee Longway Natural. It ain’t even come out yet so I can’t tell you.

Sierra: If an artist wants to work with you how do they go or should go about it?

Sierra: Most people don’t quote prices but what is the largest amount you ever charged someone for a beat?

Cassius Jay: Yes. $50,000 the largest price I ever charged someone. I can’t tell you who it was. But you just better believe we ain’t broke. You dig?

Sierra: Advice for upcoming producers in Atlanta? How do you plan on keeping your spot solidified?