TUC5: NBA Storylines to Pay Attention to This Season

The 2019-20 NBA season officially kicks off tonight on TNT with an action-packed doubleheader. In the inaugural game of the new season, The 2018-19 NBA Champions, Toronto Raptors, will raise their banner when they take on the new-look New Orleans Pelicans without Zion Williamson (more on that later). In the night’s finale, we’ll get the “Battle of Los Angeles” as a pair of All-Star duos will be on display as the LeBron and AD led Lakers will face off against the duo of 2019 NBA Finals MVP, Kawhi Leonard, and Paul George. But that’s just for tonight folks. Here is our TUC5 for what else you should be paying attention to this season.

5. Can The Raptors Prove Everyone Wrong and Maintain Their Top Spot in the East ? 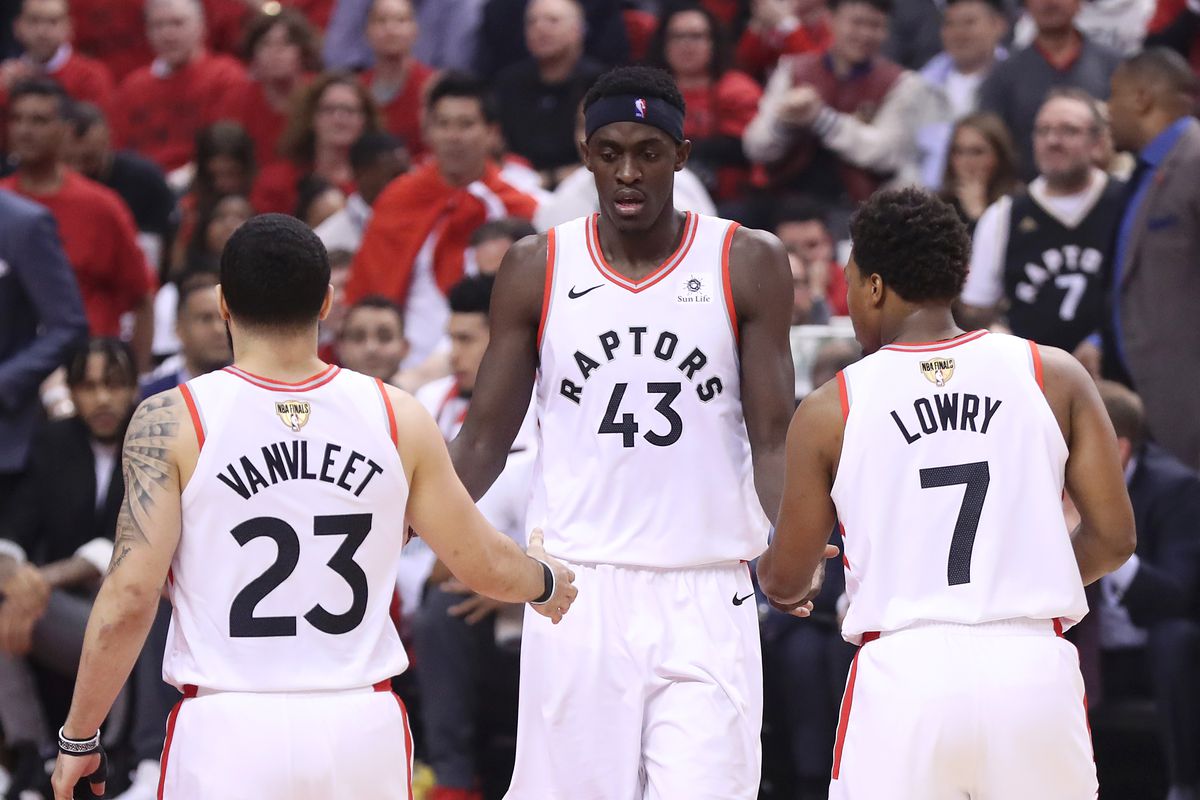 With all the talk of an incoming once in a lifetime rookie and the busiest offseason in NBA history filled with all-star level player mobility, it’s easy to forget that the Toronto Raptors enter this upcoming season as the reigning NBA champions. As disrespectful as it may seem on the surface, the Raptors did lose their best player and Finals MVP, Kawhi Leonard, in free agency to the Los Angeles Clippers; therefore, one can see why the 2019-20 Raptors are being overlooked. However, it is unwise to count out a team that returns an established core that features the likes of Kyle Lowry, Fred VanVleet, Serge Ibaka, Marc Gasol, and the 2019 NBA Most Improved Player and standout player of the NBA Finals (not named Kawhi Leonard) and budding All-Star, Pascal Siakam. The Raptors are a team this season that can certainly challenge for the 50 win mark (health permitted) and hover around the top 3 in seeding in the Eastern Conference.

4. Will CP3 Play an Entire Wasted Season on The Rebuilding Thunder ? 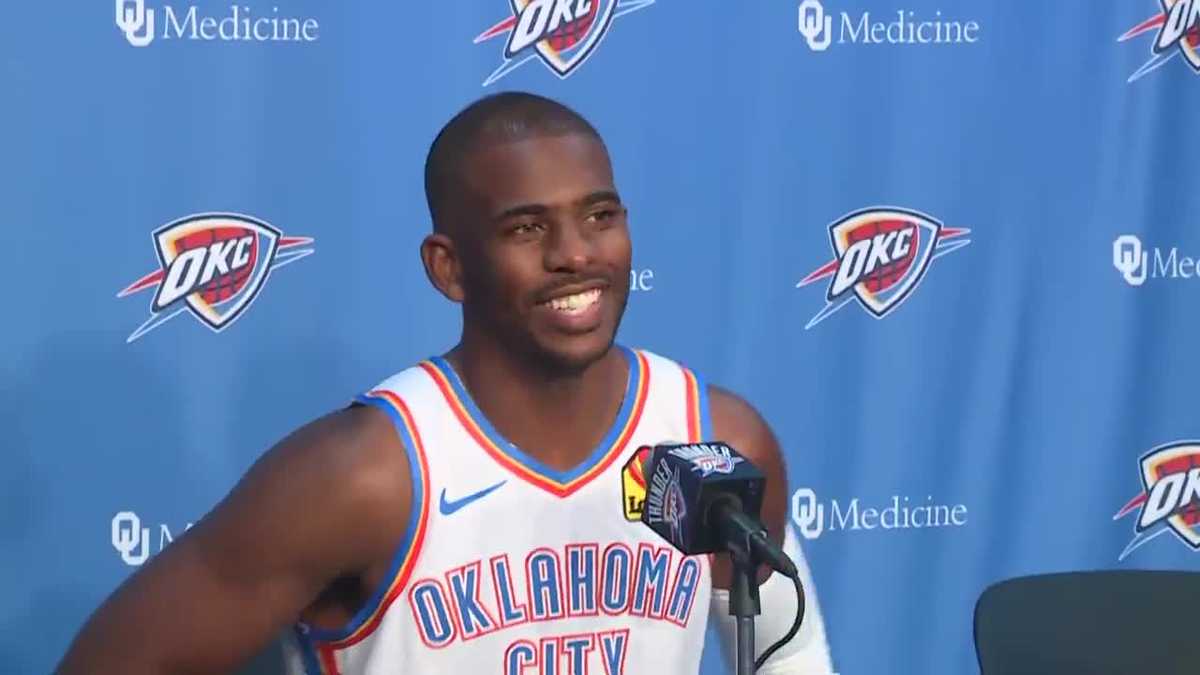 Chris Paul was apart of a blockbuster trade this offseason that officially signaled the end of the KD, Westbrook, and Harden era of the Oklahoma City Thunder as CP3 was moved for the last remaining piece of that era in former league MVP and triple-double machine, Russell Westbrook. And while this trade may have signaled the end for an era of Thunder basketball that lasted a little over 10 years, the trade also signaled the return of humble beginnings for Chris Paul. Paul began his career in OKC when he was drafted by the New Orleans Hornets when the team was forced to relocate due to Hurricane Katrina. Now, 12 years later, CP3 returns to OKC, but this time wearing an Oklahoma City Thunder uniform. Granted if CP3 was playing with a chore that included Paul George ( LA Clippers), Jerami Grant( Denver Nuggets) along with established rim protector, Steven Adams, perhaps this would be exciting times for CP3 as that roster would be a threat to make something happen in the West. But unfortunately, now being an injury-prone point guard in his 14th year and entering his age 35 season with a contract that no contending team would want to touch in its current state, Paul is now in NBA purgatory as he enters the season as a wily veteran tasked with the role of mentoring a young PG and biggest player acquisition in the Paul George trade deal, Shai Gilgeous-Alexander, CP3 is now at a point in his career where this season could easily turn into a wasted season if things don’t come together quickly for this new-look rebuilding Thunder team. Thunder fans and Chris Paul himself will hope that he can ball out during the first half of the season to net the Thunder another amazing trade package. One could only hope that this would be the case for the future Hall of Fame point guard whose biggest omission on his resume is an NBA championship ring.

3. Will Carmelo Anthony Get A Farewell Tour?

We have seen this story before. It was only ten years ago, that Allen Iverson was blackballed out of the NBA when his talents no longer justified his high-profile name recognition. Allen Iverson was not only notorious for his legendary practice rant, but for his reluctance for accepting a bench role. During the 2017-18 media day event for the Oklahoma City Thunder, Carmelo Anthony had a subtle but similar moment when faced with the conversation of coming off the bench which seems to be haunting him till this very day as his basketball mortality faces serious jeopardy. We haven’t seen Carmelo Anthony suit up on an NBA court since 11/8/2018 in a game in which he only scored 2 points on 1-11 shooting from the field. Surely for Melo and his fans, they hope that game would not be the lasting memory of his NBA career. This past Summer, Melo went on FirstTake for an hour-long interview with Stephen A. Smith where he out to rest the notion that he is unwilling to come off the bench and having to be the focal point of a team. Fast-forward and it is opening night and Carmelo Anthony is still not on an NBA roster despite his damage control interview in which he came across sincere and humble. One would hope that Melo gets the opportunity to go out on his terms but at this present moment, it is looking like the Allen Iverson story only 10 years later.

2. Will We Actually See Zion Williamson on an NBA Court This Season? 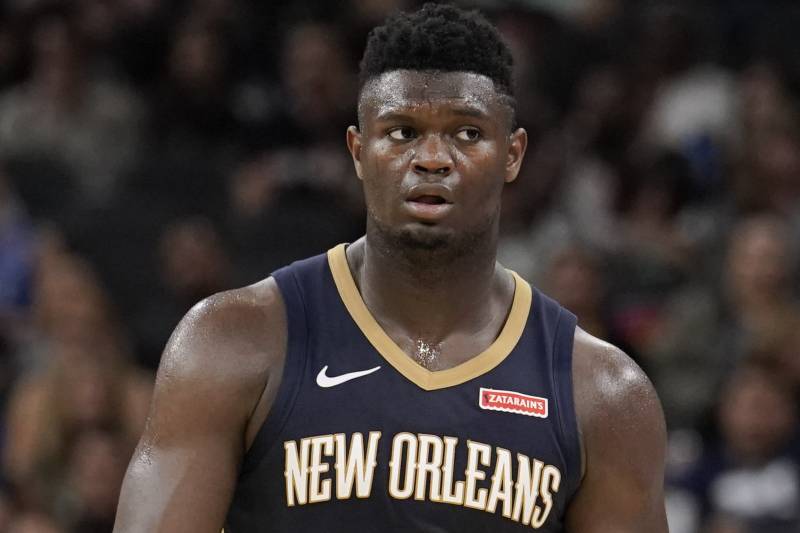 Zion Williamson bursted on to the social media scene while he was in High School at Spartanburg Day School. Ever since then, he was highly touted as the NBA’s next big star and successor to LeBron James as the face of the league. His college basketball games at Duke were must-see TV but when his sneaker exploded on live TV in a prime-time game against the North Carolina Tarheels, that was the moment in which we questioned the basketball mortality of this once in a generation athlete. Zion even missed most of the summer league with a bruised left knee which was worded to the media as for “precautionary reasons”. Fast-forward to opening night, the number 1 overall pick of the 2019 NBA Draft and biggest rating seller of the opening game of the 2019-20 NBA season (no offense Raptors fans) will not be on the court for it and will be sidelined for up to 6-8 weeks with a torn meniscus. Zion is listed at 6’6 and weighs in at 284 pounds which makes him the second-heaviest player in the NBA behind the 7’3 Boban Marjanović who weighs in at 290 pounds. Zion’s brief history of knee ailments only adds more fuel to the fire that his weight would lead to the downfall of a promising NBA career before it even officially begins. One could hope for the sake of Zion and the Pelicans franchise that he takes this time to go on a strict training regiment and drop the 30 pounds necessary that many pundits think he would need to in order to prevent any future wear and tear on his knees. The only issue is that the young man would likely have to sit out the entire season to do so which would serve as an immediate blow to the Pelicans fanbase and the NBA, but losing out on one year of a promising superstar might be better than having another injury bust on your hands on someone that’s been touted as “the next LeBron”.

1. Is The Warriors 5 Year Championship Run The End of Dynasties in the Current NBA? 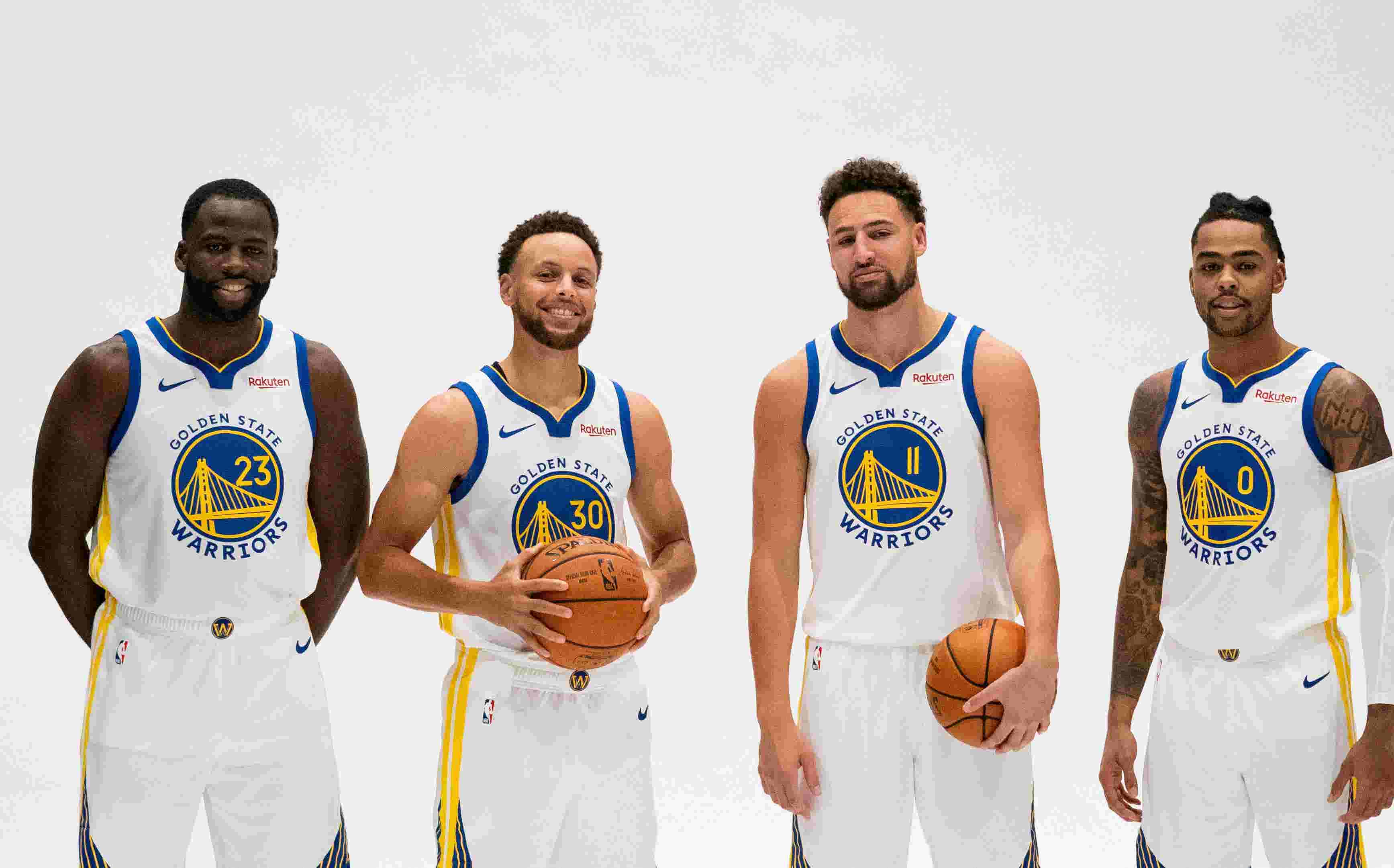 Many view the Warriors game 6 defeat in the 2019 NBA Finals as the end of their championship window. After all, Kevin Durant tore his Achilles in game 5 of the series and deflected off to the Brooklyn Nets and is scheduled to miss the entire season. Fellow “Splash Brother”, Klay Thompson tore his ACL in the following game of that series and according to head coach, Steve Kerr, Klay is unlikely to suit up for the team this season. There are some media pundits that think that the Golden State Warriors will not make the playoffs this season, and while I find that to be blasphemous and totally disrespectful towards the greatness of Steph Curry, I do believe that their championship window is closed for the foreseeable future due to injuries and lack of depth. And while a team that now includes D’Angelo Russell along with two other fellow all-stars with one being a two-time league MVP in the prime of his career is in no way rebuilding, this is indeed a retooling year for the Golden State Warriors. But with the Warriors seemingly in a retooling year and the Toronto Raptors seemingly taking a step back from the championship tier level in the league, that only seems to open the door for other aspiring title contenders in the league. Teams such as the Philadelphia 76ers, Milwaukee Bucks, Houston Rockets, Denver Nuggets, Utah Jazz, and the two LA teams all seem to be viable title contenders this season with MVP and All-Star level talent.

As we all know, anything can happen in the world of sports and while these are storylines that we may be paying attention to during the beginning of the season, trades, injuries, and surprise teams can alter narratives and create new and better storylines as the season progresses. But I’ll like to know what my TUC Family is excited to see this NBA season. Sound off in the comments below.