Fans have waited two years since Playboi Carti’s debut album Die Lit for the Atlanta rapper to drop new music. Along with this new music comes merch ranging from $25 – $115 depending on the piece, including 16 items from T-shirts, shorts Hats, and jewelry.

Despite fans of the hip – hop artist being thrilled for this flood of Carti, many others are not excited about his new merch dropping. Fans and spectators bewildered by the occultist aesthetic that Carti’s merch is portraying.

Individuals have taken to social media to speculate the meaning and significance behind some of Carti’s pieces. Referring to the merch line as satanic and labeling Carti as a Satanist and devil worshipper.

Now for clarification, Carti has never claimed this ideology, nor has he interpreted his merch to signify this.

Skeptics arose to these claims because of inverted crosses and pentagrams being a staple pattern in Carti’s merch and other symbols that society relates to satanism. 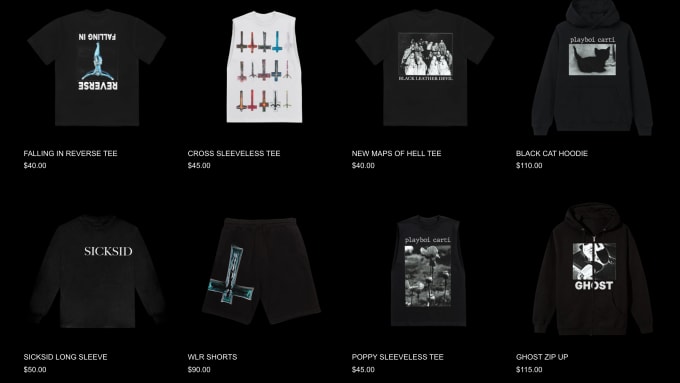 Satanism is rooted in atheism and the community does not claim the inverted cross as a symbol for the ‘religion’.

Whole Lotta Red released on Dec 25, 2020, and the merch is currently ready for purchase.