Rapper Siya From “The Sisterhood of Hip Hop” Releases A New York Anthem! 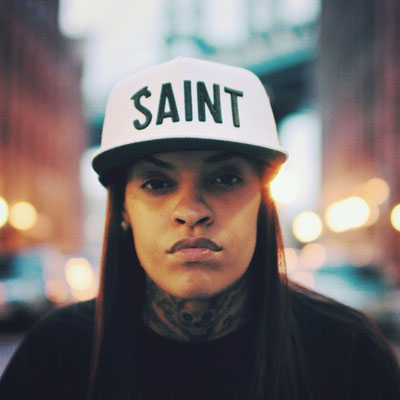 Siya is putting on for her city with a new record titled “New York.” Siya is a Brooklyn native and on the record, she shouts out the rap industry’s finest while giving major props to classic hip-hop. One of her producers, Lombardi Young, sent her the “New York” record. Siya states in an interview with Billboard that she almost instantly knew what she needed to do.“I miss hip-hop. Real hip-hop. The music I was raised on. Big L, Nas, DMX, Jay-Z, Biggie, OutKast, etc. I don’t get that feeling like I used to when I listen to music now.”

Siya says she can barely understand half of the rap today and the rest of the rap is filled with watered down lyrics over bass heavy beats.

“I wanted “New York” to make people feel like it was summer of ’98 in front of the corner bodega in the projects and music blasting out of someone’s Acura while a game of Cee-lo was taking place. That’s what hip-hop was to me. I’m from Roosevelt PJ’s, Bed-Stuy, Brooklyn. The concrete jungle. I’m from NEW YORK! My music should reflect that,” Siya said.

Siya will continue to deliver good music and appearing on “The Sisterhood of Hip Hop” show. She made it known that viewers who watch the show get an inside look into her personal life and reality TV does not change her or her music.

“It’s so the fans can feel closer to us as artists and to show that femcees can actually empower each other instead of competing and ripping one another down. My motto is ‘Let’s get this money and make more room in the game for females.’ PERIOD.”

Check out the record below.