NEXT UP: Atlanta’s Own ELHAE Is On The Rise

In the current landscape of R&B and Soul, ELHAE is turning heads with his newest release. The singer/songwriter is coming off a nationwide tour, performing his new album “Trouble In Paradise” alto sold-out crowds this past May. He’s been in the game for some time now, with a handful of singles and projects like ‘AURA I’, ‘AURA II’, and ‘All Have Fallen’, and has worked with some of today’s best artists. TUC Magazine got the opportunity to get an exclusive interview with one of today’s best new artists, ELHAE.


How does it feel, being in the game so long with a handful of projects, to get the reception that you’ve been receiving with ‘Trouble In Paradise’?

It’s been cool man; it’s definitely been a journey. A lot of ups and downs and weathering different storms. It’s been like… the trademark of my career. It’s like at the end of the day, you know, the reception to ‘Trouble In Paradise’, and following up with the tour and the videos we dropped with it; seeing the reception from those let me know we’re making progress, that we’re on the right path. & It was good to see the fans still here after all these years. This industry, when it comes to longevity, it’s not too many artists that have that possess that. So going out on tour and being able to tour TIP and seeing these rooms pack was like a good indication that we’re still growing.

How would you describe the writing/recording process of the record? Where did you find your inspiration?

Well, basically, I started this project knowing the desire and having this dream of creating a concept album. Well, basically started from there, it was really like how could I tell a story that was relatable and that people would want to press play on and play all the way through. It was just one of those premeditated things; I had scripts I had typed up before I even started the recording process. I was really into making sure it sounded a certain way and going to different places like Miami and LA to kinda get that vibe, and I actually did a lot of it here in Atlanta as well. It was a process, but I think it worked out and I love the way it worked out.

You were born in North Dakota but spent a lot of time in Macon. Was it easier/harder to pursue music coming from an area where there isn’t a huge music scene?

Yeah, I spent a lot of summers in Savannah because my grandparents lived there. But yeah, I started my music career in Macon, where there isn’t that much of a music scene. I mean there are people there that’ll do all the showcases and get involved with anything they had going on, as far as music. Comiyeah, II wanted to be involved with it whether it was 5 people or 10 people in a room; I was still there trying would do what I had to do and try to gain fans little by little. So it was challenging because you felt like the progress was just very, very slow, and at that time it was like there was no real SoundCloud/Spotify/Apple Music, you know? It was like everything was like… guerilla marketing, and it was really pushing on the street with the CDs. So it was challenging not being in the city that really capitalized off the music, you feel like it’s a waste of time. But at the end of the day, it’s something you love and wanna pursue, eventually, the stars align. The internet was very prominent and SoundCloud and all that really shaped me and molded the career I have now and the fans I have now.

What’s the one thing you always to convey to your listeners?


I think sincerity, vulnerability, relatability, and just making sure that people feel seen. I feel like as an artist, I started doing music to help people while getting a lot of my frustrations out coming up. So doing that and getting my own pains and struggles out and sonically that ended up allowing people to catch that in the crossfire and see that this guy’s making music for me, to help me with what I’m going through. It started there and I think it’ll always be there for me. Just helping people feel like they’re not the only ones going through whatever they’re going through. Aside from that, just wanting to create good music; having people enjoy and have fun with it. I don’t wanna be boxed into a certain thing, so that’s where it started. But at the end of the day, I’m all about making good music and making sure people understand that I’m an artist. And that there are many aspects to an artist, it’s not just one thing.

How do you think your music has evolved over the past 4 years?

I mean, over the past few years I prided myself on being one of the first people to jump into the “trap/R&B” or “TrapSoul” lane. But you know I started doing that years ago. But with trouble in paradise, I made the conscious effort to stray away, try to do something different. It’s like what I said before about being an artist; not being so predictable. Just wanted to give a different sound and try different things. But that’s not saying I won’t ever go back to that sound, but that’s just where I was at that time. It was the conscious effort with trouble in paradise. It was just doing something different and wanting to try my luck and see how it would work out.

Who are you most looking forward to collaborating with? Who’s been some of your favorite collaborators?

Favorite collaborators? I mean working with Khelani a few years back on ‘Doesn’t Matter’, Wale was a fun face timing him back and forth and getting our song right. Eric Bellinger’s always fun to work with as well. But I mean I would love to work with Childish Gambino, or Jhene Aiko, even a fun face

What advice has anyone given you while on this journey in the music industry?

I mean I get advice daily, whether it’s my manager or different people I respect in the industry. It’s kinda hard to pick one specific example, but maybe… not trying to fit in. That was something that was told to me a while ago, and just striving to do something different. It’s always been for me not about You know… not the cash grabs, but building something over time so that I have longevity, and I’m not a one-hit wonder. So just slow grinding till I get where I want to get to. I think Khelani might’ve actually told me that. But that’s always been the goal, and it’s difficult because it may take longer, but the payoff is way better when you get your foot in the door. My manager’s always told me that we haven’t had that radio or commercial hit, but once that comes into play, you get something that goes on Billboard, you also have this whole discography. I just did a whole tour doing 3-4 projects, spanning from 2014/2015, and people knew all the words. So combine that with a hit and all of a sudden your spot blows up. So just working on leaning more in that direction.

Where are we with the next record? Or are you looking to take some time in between to focus on other things?

Right now, I’m more so listening through beats, and kinda brainstorming things right now. My goal is to put another EP out before the year ends; nothing full length, but just a few songs to feed the fans, and not taking years and years like people usually do; I wanna start giving my fans more music. But aside from that, there’s a single we’re thinking of dropping soon, and hopefully, we’ll be back on the road this fall if things go according to plan! And that’s really all we have in the works for right now.

What upcoming albums are you excited for yourself?

You know it’s funny when it comes to music, I’m in such a bubble, so I hardly know when someone’s dropping until I get on social media and see “oh, so and so dropped”. So I don’t really see it until it’s out, to be honest. I mean I have the select artists that I’m always excited to hear from. I don’t know when they’re releasing but I’m always down to check out a new artist and see what they have out now. It’s never my intention, but when you spend so much time in a bubble and then you’re out on tour, it gets draining so I’m not really thinking about music.

With success comes new fandom. For those who might be hearing about you for the first time, what do you want them to know about ELHAE?

I guess that I’m just a normal kid that trying to make great music and really cares about his fans, and wants to do some good with his music. At the same time just trying to make sure my music affects people in a positive way, and I would recommend checking out the projects before Trouble In Paradise because I think my resume and my discography is pretty strong.


What does True Urban Culture mean to you?

Being from Atlanta, I think we’re shaping the culture. As far as the music industry and entertainment industry as a whole, everybody wants to be associated with Atlanta in some way, whether it’s the fashion, whether it’s lyrically, the style of flow, whatever. I just think that the urban culture is very prominent in where we’re at and a lot of people want to be involved because we have the juice right now.

‘Trouble In Paradise’ is available to stream now on all platforms. 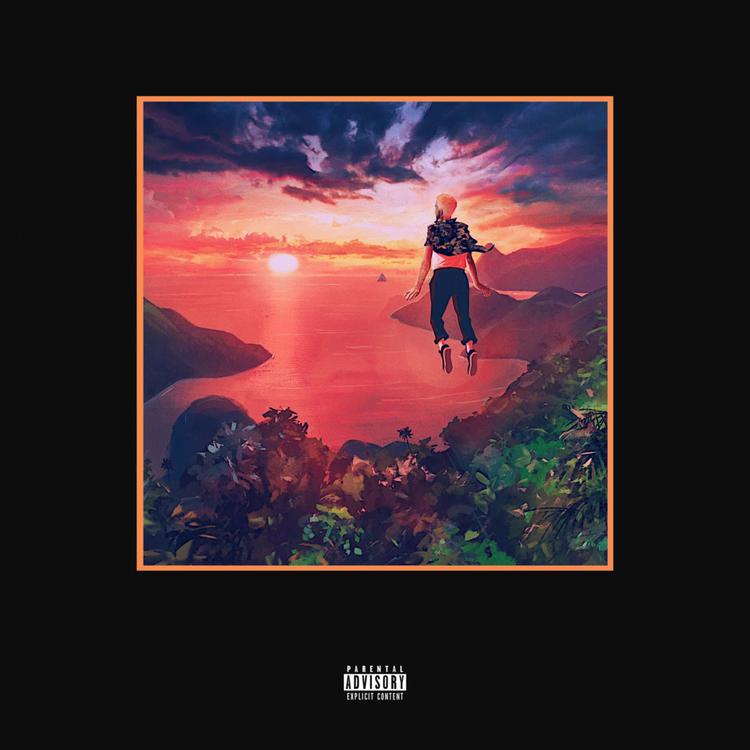