The scheduled date for Hip-Hop icon Kanye West’s 10th solo studio album, ‘DONDA’. It has now been over a month since Kanye’s announcement and alas we are once again left yearning for another elusive record. This is far from the first time Kanye has failed to reach his deadlines. His critically acclaimed album ‘The Life Of Pablo’ was a staggering 531 days late, whilst his most recent, gospel inspired album, ‘Jesus Is King’ was 29 days overdue. Whilst perhaps aesthetically different, both albums shared the same chaotic rollout of tracklist changes, missed deadlines, and manic Kanye tweetstorms. However, the unorthodox nature of Kanye’s album releases doesn’t quite reach its peak there, it was with the mythical ‘Yandhi’; a word that almost sends shivers down the spines of every Kanye West fan. Intended to be a spiritual successor of his Grammy-nominated album ‘Yeezus’, ‘Yandhi’ was announced for the 29th of September 2019, but never came; instead falling into the abyss of Kanye’s unreleased records. Perhaps then with all this in mind, we should be wary about ‘DONDA’ following the same path? Yet, it’s within the madness of Kanye’s unreleased music that we can find moments of genius.

Kanye West is truly one of the great innovators and influencers of the contemporary music industry and his discography parallels such a claim. As good as his various albums are, they are only the tip of the iceberg. His collection of scrapped projects is as vast as it is varied. So how much music is there?

Some of these scrapped projects were precisely that, nothing more than fleeting ideas within the ever-changing psyche of Kanye West. Whilst others moved further down the production line, developing into whole albums and ultimately so much more. 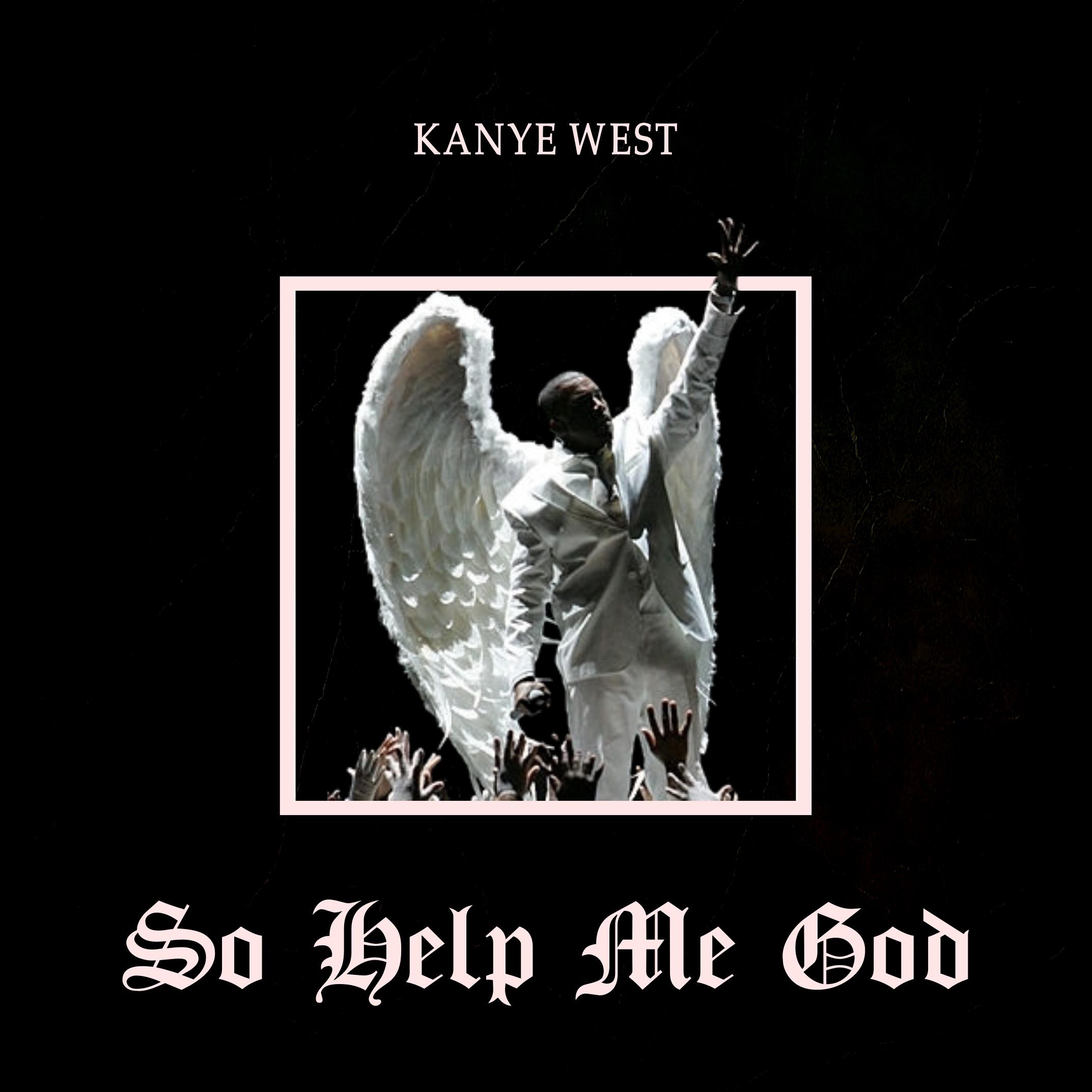 Both ‘So Help Me God’ and ‘Yandhi’ stand within the latter category as tracklists, artwork and even the albums themselves can be found upon the internet. As previously mentioned Ye’s discography is of the highest quality, and it’s clear he only puts out what he feels is up to standard. However, I can’t help but feel each of these scrapped albums would fit in perfectly to his catalog of music. ‘So Help Me God’ seems to tackle the more introspective, psychologically hurt side of Kanye West as he accepts some of his own flaws. Within the album, he blends together booming organs and electronics with a softer aesthetic of piano chords and heartfelt lyrics. It’s throughout the albums 15 tracks that we see the uncontrollable god complex of Kanye (symbolized by the electronic sounds) crash head-on into the caring family man we know he can be. The album includes some of Kanye’s best work, such as the moving ballad ‘Awesome’ which echoes the sentiment of his 2013 track ‘Bound 2’. Then there is the masterful track ‘I feel like that’, which gives us an intimate insight and exploration of Kanye’s mental state. Throughout its 3 minutes and 48 seconds, Kanye utilizes various spoken verses as he exclaims his experience with mental health, such as “Nervousness and shakiness inside”. Such a technique is accentuated through the tracks minimalist beat, thus, placing all the focus on Ye’s intimate lyrics; creating what could have been a true classic of his discography.

Nevertheless, the magnum opus of Kanye’s unreleased genius is the mythical ‘Yandhi’. To think that West deemed ‘Yandhi’ unfitting of his music collection seems almost crime worthy. Yet, through websites like YouTube and Reddit leaks of the album arose, giving ‘Yandhi’ a new life and as a result constructed its own unique legacy. The first few leaks arose in mid-August of last year – in particular, multiple postings titled “Not Yandhi”. These leaks took the music scene by storm, leading to various positive reviews. Since the explosion of leaks, the album has become immortalized within a musical space of underground secrecy. It’s not unfair to suggest that some of Kanye’s greatest tracks and ideas appear on the album. The ‘Yeezus’ inspiration is clear as immense electronics reverberate off our eardrums as well as Ye’s trademark screams that we have seen before upon ‘I am a God’. Simultaneously, however, we see a merging of the ‘Old Kanye’ through his bouncy rhythm and downright funny lyrics, resulting in the birth of a mesmerizing album. There are a few songs within the album’s progression that are embedded with true greatness. ‘Hurricane’ is perhaps one of these tracks, as Kanye dips into his God complex yet again, stating that he influenced the new wave of contemporary rappers with the lyric: “Dropped the wave runners, now we run the wave”. ‘Law of attraction’ is another one of the unreleased greats. It is built around the solitary sound of a car alarm and slowly builds outwards through the layering of synths, 808s, snares, drums, and Kid Cudi-Esque auto-tuned humming. By the track’s climax we are met with a truly breath-taking musical piece of epic variety. Ye harnesses an aesthetic akin to that of an opera house within the song’s runtime. So many instruments merge together in perfect harmony, resulting in a piece that arguably competes with ‘Runaway’s’ perfectionist feel. 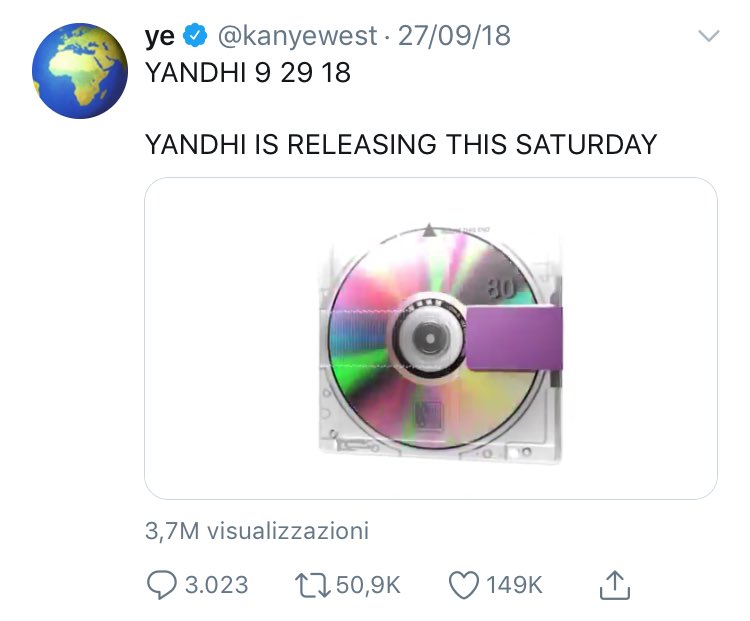 Ultimately, both of these records as well as others from Kanye’s ocean of unreleased music clearly have great quality and could slot into his collection of music. However, I think whilst Kanye can seemingly turn anything he touches into gold, the greatness of his scrapped projects sprouts from somewhere else; their illegality. There is something about their secrecy that adds a new dimension to the experience of listening to them. An adrenaline-fuelled rush comes over us as we frantically try to listen to all the tracks before they are inevitably torn down off YouTube again. It’s their aesthetic of exclusivity and illegality that gives them a quality that is unobtainable for any officially released music. Through the spread of leaks, a whole new music sub-culture has risen to commemorate this genre of almost illegal music. Existing on the website Reddit a whole community is dedicated to Kanye West’s unreleased music, in the form of ‘r/yandhileaks’ (now r/WestSubEver). It’s a space where individuals share new leaks, better versions, and theories surrounding the elusive ‘lost tapes’ of Kanye’s discography. Having these hidden projects occasionally rise to the surface through leaks embeds them with a sense of classic underground Hip-Hop culture, one which parallels that of 1980’s street rap. Whilst it would be nice to have them officially released and floating throughout the mainstream, they gain a powerful, secretive aesthetic from remaining within the shadows. It seems that Hip-Hop’s greatest influencer has influenced the industry without even realizing it.

Previous ArticleForbes Officially Names Tyler Perry a Billionaire
Next ArticleNot Too Far Out: Flying Cars Expected to Be Released to Public in 2023?
NIPSEY HUSSLE TUC RECAP