Hip Hop always does it for the culture, whether that is speaking up on social injustices, uplifting a minority community or simply expressing the culture. That is exactly what founder of No Limit Records, Master P is aiming for with the product Rap Snacks that are expected to hit 4,200 Walmart stores across the country.

There are several flavors and many familiar faces that you can expect to see on the bag of chips or popcorn. Some of them include Fetty Wap with Honey Jalapeno, Lil Yatchy with Hot Cheese Fries, Migos with Sour Cream and ranch, and Cardi B with Cheddar Bar-B-Que. Also making a comeback is the entrepreneur Master P’s son, Romeo Miller’s bag with Bar-B-Quin and honey. 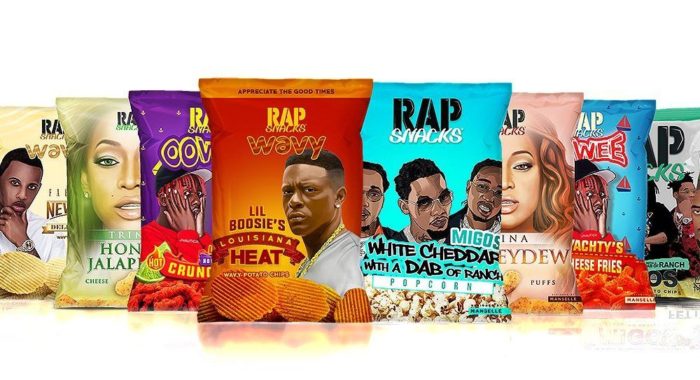 The Rap Snacks brand has been in the works for some time now. When the snacks were first released it featured rappers like Master P, Meek Mill, and Ol’ Dirty Bastard to name just a few. According to the Rap Snack’s website, the small amount sold out quickly but began to slow down after the small bags weren’t making much profit. This is why the company took a step back to create something greater and it happened.

“This is for our culture, this is about building an empire,” Master P told MSNBC. “This is building an entrepreneurship. Most important, giving back to the community. Educating our people on ownership.”