Vedo, former “The Voice” contestant from Benton Harbor, MI is most widely known as Vedo, the Singer. Vedo was born and mostly raised in Michigan, where he described experiencing a lot of hardships growing up as a kid. In 2008, Vedo’s mother decided it would be in his best interest to move to Atlanta, Georgia. Vedo attended South Dekalb High School and says moving to Atlanta has opened many doors for him.

Vedo began making a name for himself back in 2013 as a contestant on the wide-known singing competition, “The Voice”. He was featured in Season 4 of “The Voice” and was a part of Team Usher. Following “The Voice”, Vedo was named “Male Artist of the Year” in 2014 at the Georgia Music Awards. Then, he finally released his first full-length album, “93” in October 2015. I had the pleasure of interviewing Vedo and learning about his life experiences, career goals, and things he had to overcome to be where he is today. Vedo informs us he just released his mixtape, “As I Am” and that it’s time for a brand new album. So stay tuned for what Vedo, The Singer has in store for the future. 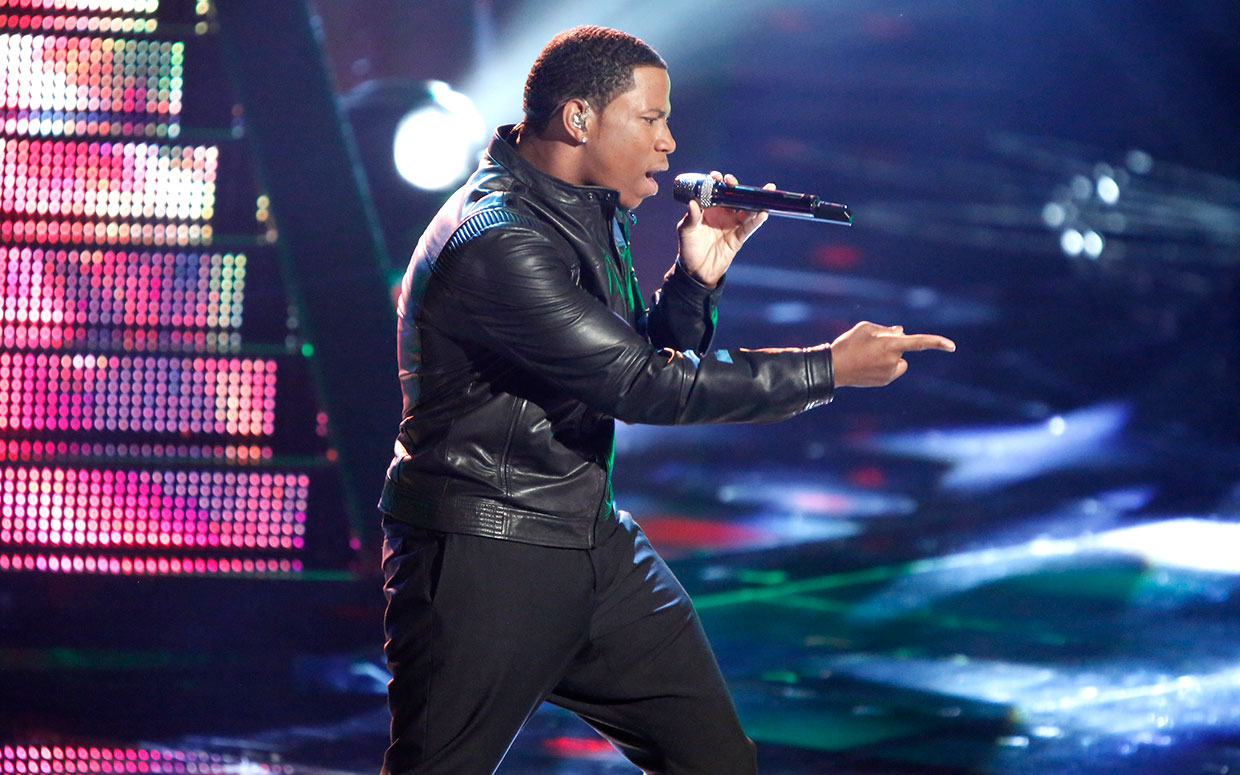 Paulette: Describe your experiences as a kid living in Benton Harbor, Michigan.

Vedo: Living in Benton Harbor there were definitely some times where it was hard being a kid because of the hardships my family endured. I had to face obstacles like being homeless, sleeping in a car in the winter time, no food to eat, etc… But we made it through. Of course, we had a lot of rough times, but I must say that we had so many great times as well. I wouldn’t change a thing.

Paulette: Do you regret leaving or do you think your mother made the right choice in sending you to Atlanta?

Vedo: No I don’t regret leaving. I honestly feel that if I hadn’t left, I would’ve easily gotten into a lot of trouble. I thanked my mom all the time for sending me to Atlanta because it opened so many doors for me. I didn’t want to go at first, but I eventually saw that it was the best thing I’ve ever done.

Paulette: How do you think your life would have been today if you would have stayed in Michigan and never came to Atlanta?

Vedo: I definitely don’t think I’d be where I am now. I wouldn’t have had the guidance I had from moving to ATL. Like I said I would have probably gotten into trouble, possibly a criminal record or anything negative. I’m just thankful I moved.

Paulette: How was it like working with Troy Taylor?

Vedo: Working with Troy was priceless. I learned so many things pertaining to music from him. I can honestly say he helped develop me as a writer and in some ways as an artist.

Paulette: Where does all your inspiration come from?

Vedo: My inspiration comes from my past and from everyday experiences, whether good or bad. I find inspiration in the silliest things.

Paulette: Any new projects we need to be on the lookout for?

Vedo: I’m currently working on a new album. I just released a mixtape “As I Am” and I feel it’s time for an album.

Paulette: Would you ever consider acting seeing that you can sing and dance?

Vedo: Yes, I would love to get into acting. This is something my team and I are currently working towards.

Paulette: Who do you look up to in life and who is your musical idol?

Vedo: I look up to anyone that has goals and aspirations to be something no matter how young or old. I love seeing people that walk with a purpose. My musical idol would have to be Usher.

Paulette: When was the moment when you realized you could sing?

Vedo: When my mother bought me the temptations movie. I learned every song and would sing them all the time. I knew every line in the movie, also from watching it so much. That’s when I knew I could sing.

Paulette: What would be the ultimate goal for you in your career?

Vedo: To become financially stable enough to be able to make sure that my family will never have to experience what we experienced as kids growing up and of course, Grammys!

Paulette: What was the one thing that kept you going after your mother’s passing? Any advice for anyone out there dealing with something similar?

Vedo: She told me to never give up! Don’t stop chasing my dreams no matter how far away they may seem. You have to realize that everything happens for a reason. God will never take something from you without putting something in its place. Cherish the people you love because tomorrow’s not promised.