Ye does it again.

On February 15th, Kanye West wrapped up his Yeezy Season 5 Show at the Pier 59 in New York City. Prior to the show, fans had been lurking for hints as to what the Yeezy collection may bring next. Back in early January, West was spotted wearing some unseen FW17 Adidas collection while leaving his office in Calabasas, California. The colorway on the shoes Ye was seen wearing were gray, teal, and orange with neon laces creating a mere contrast. A month later, Kanye was spotted alongside his wife, Kim Kardashian West rocking yet again some brand new never-before-seen sneakers for their Valentine’s day outing. The sneaker’s Mr. West had on were completely white and appeared to look just like the ones spotted on his feet last month.

After much speculation, Kanye finally unveiled his new collection at the Yeezy Season Show 5. As a continuance to his Yeezy Boost collection, Kanye has released the Yeezy Runner. Unlike his previous footwear collection, this seems to be the first sneaker released that does not include the BOOST technology. During the show, the shoe was released in three colorways. 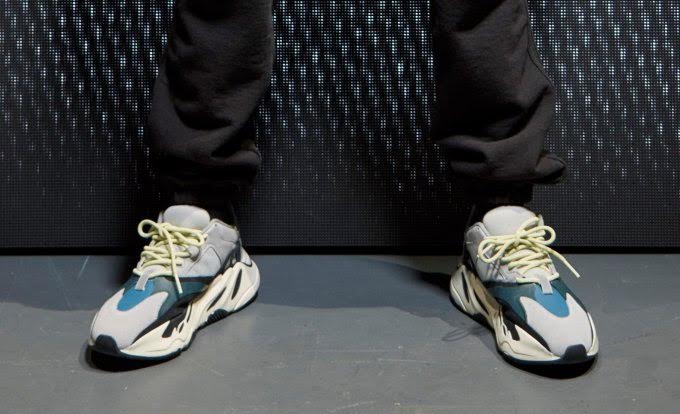 I can’t seem to undermine the fact this shoe has many similarities with the Nike Huarache Run. Nonetheless, although there is no release date at the moment, we expect the shoe to be sold out that same day.