In a world of conformity and competition, Chilly-O and his self-named brand represent the unification of similar lifestyles and interests into a street fashion culture, promoting individuality and positivity. Born in Pittsburgh, but residing in Atlanta since 1994, Chilly-O is the creator of Chilly-O Creative Culture, a freelance graphic designer, as well as a photographer. He has managed to create a streetwear clothing brand that embodies creative art and action sports into one collection of ideas and concepts. 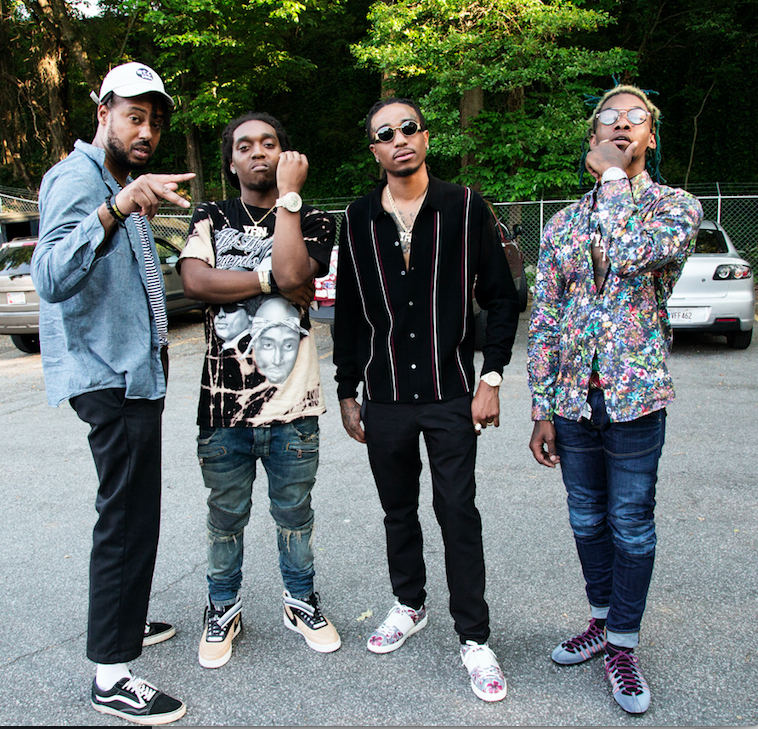 Through guerilla-style marketing and word of mouth, Chilly-O created his following for his brand. In an effort to create the unity and stamp the city’s culture, Chilly-O, inspired by Big Boi from Outkast, used the word, “ATLien.” This design has been seen throughout Atlanta, as well as outside of the state. If you’re unsure what guerilla-style marketing is, hit up Little Five Points in Atlanta, GA and you’ll know exactly what I’m talking about. His work can be found in that area at “Vinnie’s Style” and “Ponder Wonder” in East Atlanta Village.

We had the pleasure of linking up with Chilly-O recently. He talks about how he came up with the brand idea, the way he marketed himself and gives advice for anyone starting their own brand, following in his footsteps. Read what he says in our latest interview:

Amar: How would you describe the Chilly-O brand and the message that you are trying to portray?

Chilly-O is about aligning people who have creative interests, similarities and active lifestyles in the areas of street fashion, action sports, art, and positivity from communities like mine.

Amar: Where did you get the inspiration to start this brand?

I used to be a street merchant and I logged in how people purchased. I just felt like there weren’t any brands that spoke to people, like me, who have creative interests from the hood, so I wanted to fill that void. I wanted to pile all my interests into a brand because that is a tangible outcome that can connect people positively. Even though we are bigger than garments these days, the idea of connecting the people in Chilly-O Creative Culture has been impactful. I especially want youth who have expansive hobbies and interests like me, to know that it is ok to be that way. More importantly, it’s cool to be against the status quo if they are pushing corny trends and negative bullshit.

Amar: What all does Chilly-O Creative Co. embody and how did you come up with the name?

I got the name from a drug dealer in Norfolk, VA named Mike Gill. I met him on the block I used to live on while I was in college at Norfolk State University. He always said I was the embodiment of “Cool” so he gave me the name Chilly-O and it stuck. That is probably why I always try to take negatives and turn them into really positive outcomes.

Amar: Your Instagram is filled with an array of BMX and skateboarding content, in what ways have the two sports influenced you and your style?

I used to skate, but I still jump BMX bikes. I must say neither was cool back in the day. Kids from the hood outcasted you for doing that because they felt like those sports belong to White people. It takes a special person who isn’t afraid to engage in those sports because you can get really hurt. It’s way more dangerous than traditional sports. I guess I’ve always been a thrill seeker and a limit pusher. The pain sucks, but most people have no idea how it feels to be flying 13, 14, 15 feet in the air on a bike. Those sports taught me a lot about taking risks. Especially when I started an all-black BMX team. When I did it, I got a lot of flack from the industry. They were like who does this guy think he is, my attitude was like, “Well, all I see is all white BMX teams, what’s the problem?” The flip side to that story is, we influenced that sport because more black kids started getting picked up by those all-white teams. Today, it’s not a negative thing to see kids in the hood at skate parks. Just because we never had access doesn’t mean we can’t make a career in those sports. Now that skateparks are being built in black communities, people see the impact and cultural value. I was raised in it, so I incorporate BMX how I see it, from my communal point of view and from my culture. We just do stuff differently and that is what adds flavor to the culture.

Amar: How has Atlanta shaped your style and passion? What makes it so special?

Atlanta is just a special place for me. It is impressive to see people doing well in so many facets of life. Atlanta is not normal compared to most American cities as it relates to black people. It should be, but it is not. The sense of esteem and confidence you get by living here and working with so many influential people is a blessing that is often overlooked by mainstream media. Media has always put black culture in such a negative light, who wants to report about a city where blacks are doing well. They just want to show ratchet shit because it kills. It is sad that the amount and array of businesses that don’t get spotlighted here. I always wanted Chilly-O Creative Co. to be respected in the industry just like big brands coming out of Atlanta. It is just uncommon to see black businesses flourish in the art, fashion and alternative sports arena. It often gets frustrating because most people don’t see the unnecessary challenges and double and triple over time we have to put in to succeed. My only hope is that “I will succeed.” Too much “Soul” in Atlanta, a commodity everyone wants to tap now.

Amar: How were you able to market yourself?

We never had a ton of resources, so the only strategy I could think of is taking it to the people and target them directly in streets. A very tiring and strenuous approach, but if you don’t have the capital what are you going to do? My goal was not to subscribe to the “I don’t care” mantra of millennials and give people all the reasons to care. The only way I can think was taking a one on one approach to connecting the brand people. It’s old fashion but it works and people feel a better emotional connection if they have a real story that they can say about you. That is why people call me a Legend because I invisibly touch lots of people without showing my face like traditional African-American based marketing.

Amar: What are some of the best spots in Atlanta that you’ve found?

That list can go on and on. But I would say skate parks. We need more skateparks especially in the hood. Not going to be long-winded about that. It keeps kids out of trouble.

Amar: What other designers or artists are you really feeling right now and which ones do you take inspiration from?

None really, I rather pull inspiration from kids in the street because the bigger designers are going to bite their style. I rather be a part of a community that cares about art, fashion, and style rather than rely on what the industry is doing. They don’t know, they are not in the streets or our communities. They just wait for popularity and misappropriate, repeat. I just want to see more diversity if they are going to discount and steal my culture, give back to those communities the love will go further.

Amar: What all can we expect from the brand in the coming months and where can people find your products?

We will see. A lot of corporations are getting at me. I’m slick anti-them unless they have a real genuine interest in the culture we built. Just know that I care about people like me and the people who add progressively and passionately to the culture.

Amar: What advice would you give to someone trying to follow in your footsteps?

Have protected sex, get in bed with investors who understand what you do and willing to put the necessary work and resources in. Lots of investors will put money and ego before cultural value, social currency, and passion. That is a recipe for disaster.

Check out Chilly-O on Social Media: