Many designers have opted for a virtual fashion shows, but Siriano decided to embrace his Connecticut backyard and host a socially distanced fashion show for the debut of his spring 2021 collection.  CDC guidelines were respected throughout his entire show; selected guests wore masks while enjoying six feet apart.

Dreaming of backyard garden fashion shows on this Sunday. We have done a lot of shows but this is one to remember or a long time. #sundayglamour 🌸🌼🌺🌷🥀🌻

During quarantine, Siriano found many sources of inspiration for his Collection 37 Runway Show.

“This year has been quite a ride and figuring out what I wanted to say this season was a hard one,” Siriano said in a press email. “For Collection 37, I let my imagination run free and got inspired by everything that was right in front of me while quarantining at home. I took ideas from films I loved as a child, like Troop Beverly Hills, Don’t Tell Mom The Babysitter’s Dead, Clueless, and even The Wizard of Oz. Fabrics, shapes, and silhouettes from each film are referenced in this collection, but in a new modern way for our customer.”

Siriano’s new hobbies he picked up throughout quarantine also sparked creativity for his collection.

“I also started cooking more as I was home and I fell in love with really ripe heirloom red tomatoes picked from the local farmers stand in Connecticut,” he said. “They inspired a rich saturation of color and texture used throughout the collection. Daisies in the garden were also on my mind most summer days, and that drew me to some playful silhouettes that I think will bring some cheer to a gloomy few months. The collection feels romantic with touches of evening, however some of our favorite pieces this season are made of a light heather gray knit for easy living – while remaining chic and elegant.”

From the grass runway to his garden backdrop, Siriano’s gowns accompanied by matching masks left viewers in awe.  His show portrayed his unreal talent as a designer, and sent powerful messages through his looks; one model strutted with a black gown and hat which had “Vote” printed all over it – serving as another reminder to vote for the upcoming presidential election.

Another standout moment was when model Coco Rocha ended the show by taking a quick dip in Siriano’s pool.  Rocha, who is seven months pregnant, decided to walk into the pool since it was her only show during fashion week.

Check out more looks and moments from Siriano’s Collection 37: 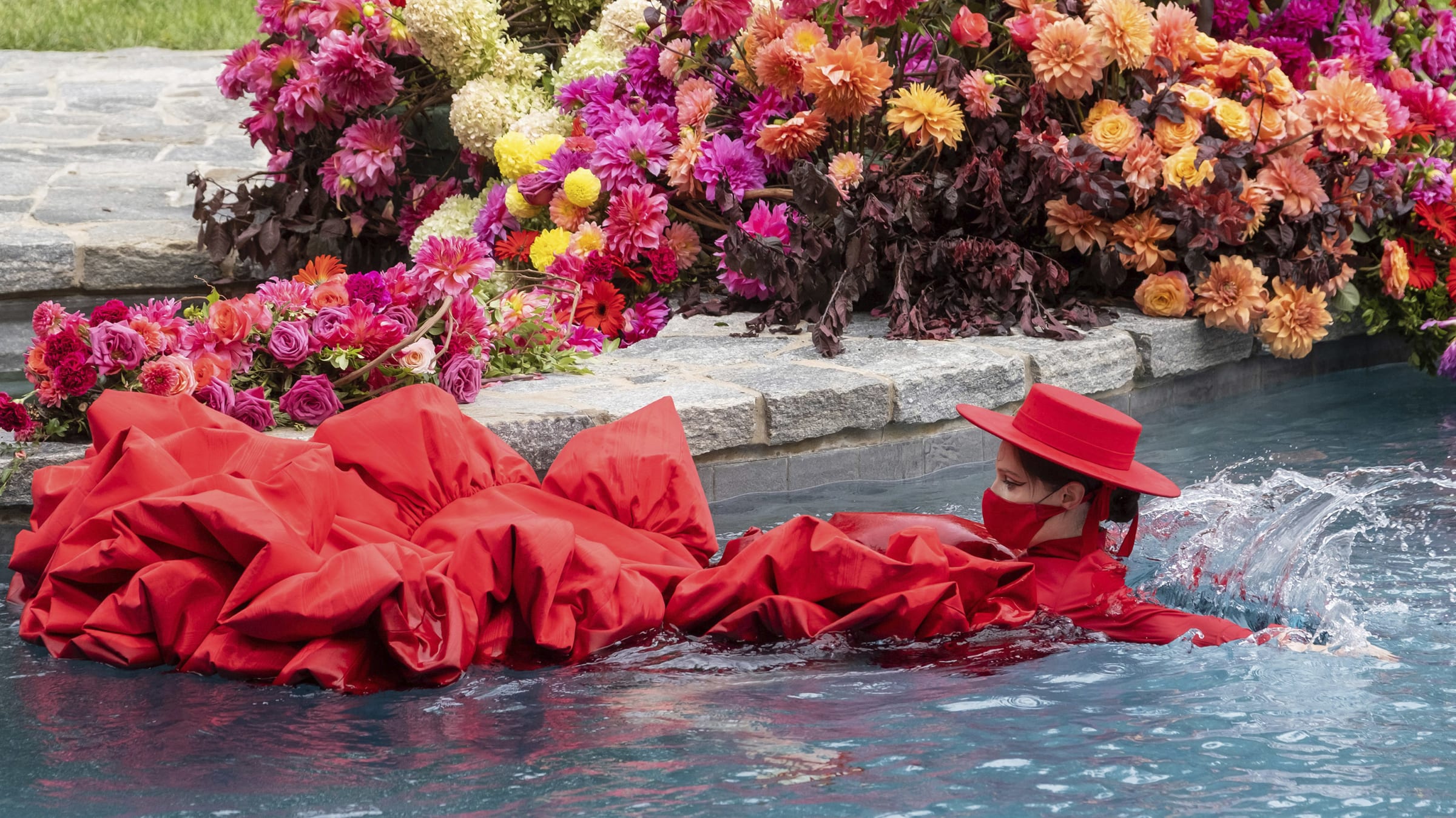 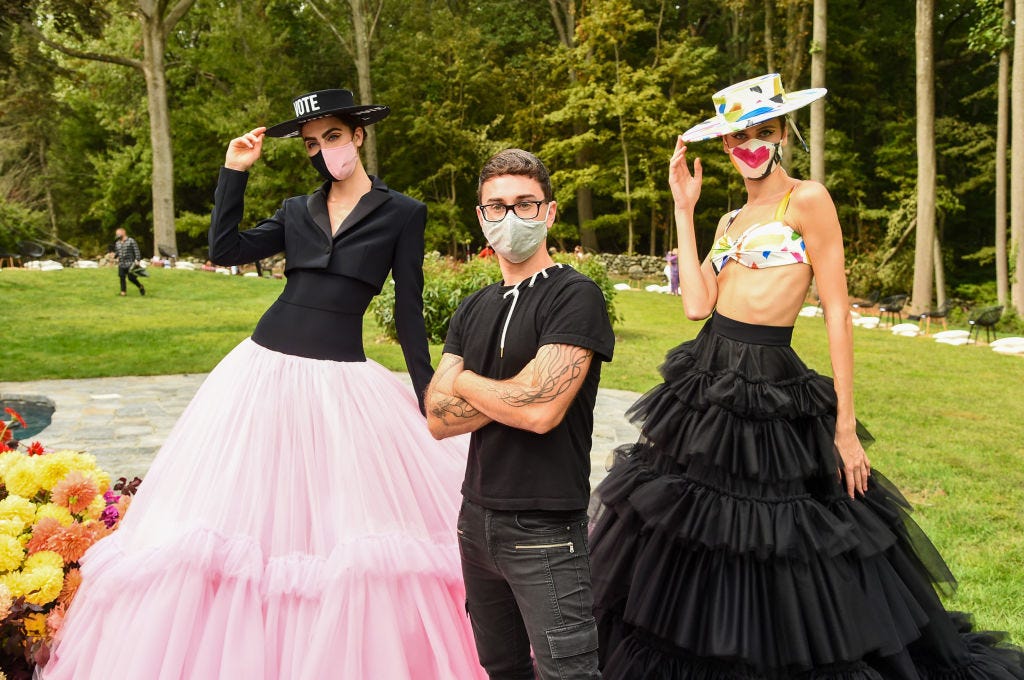 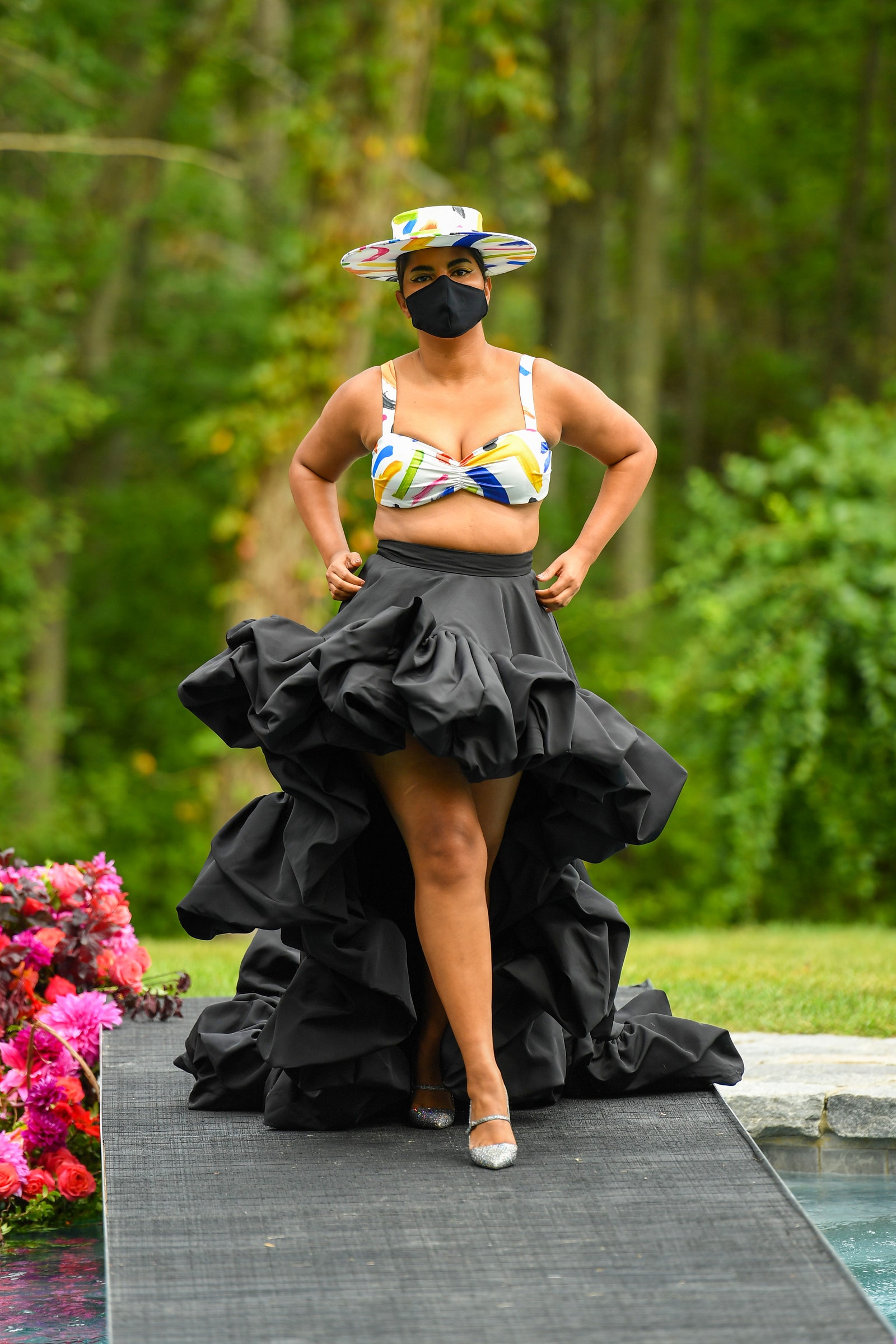 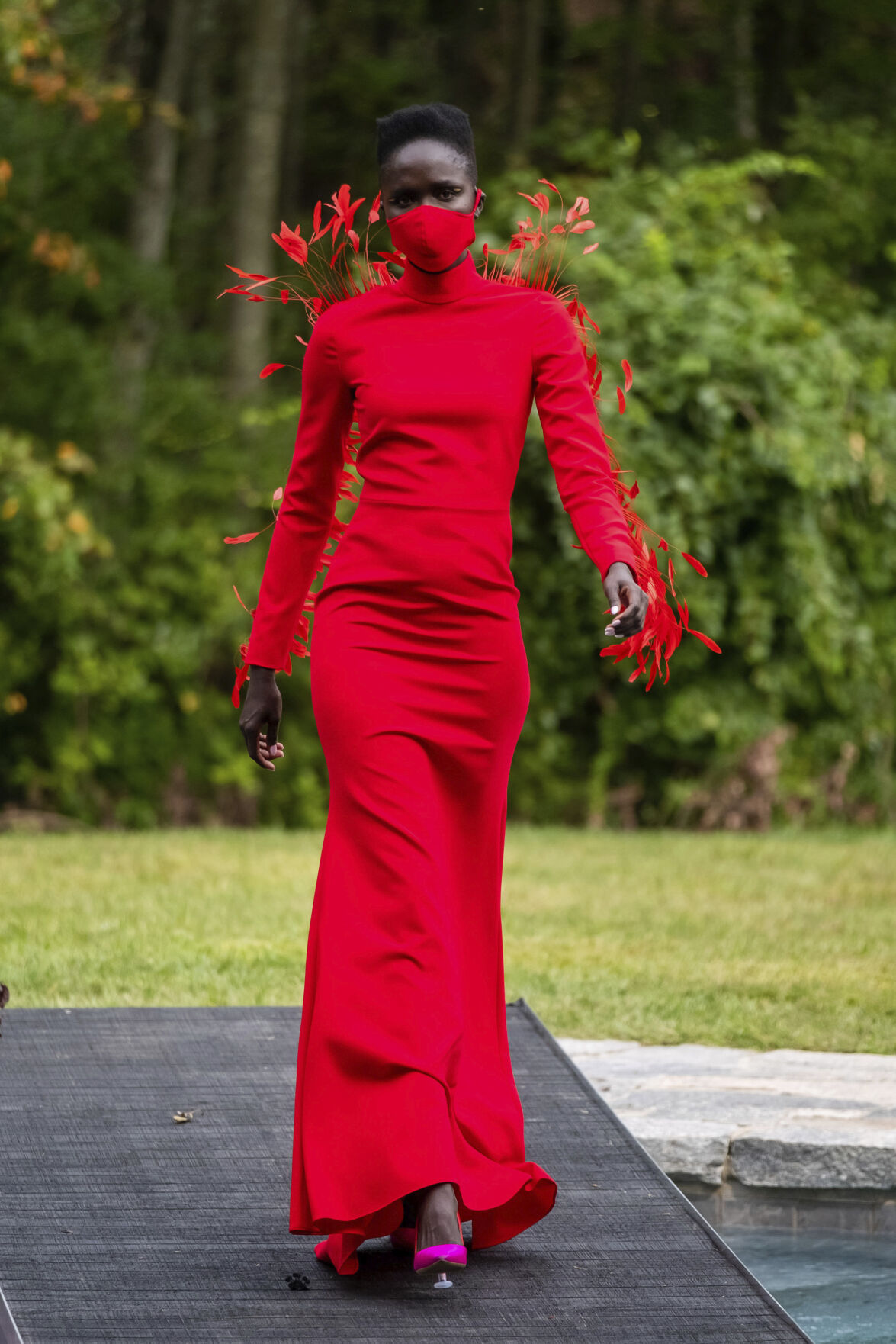 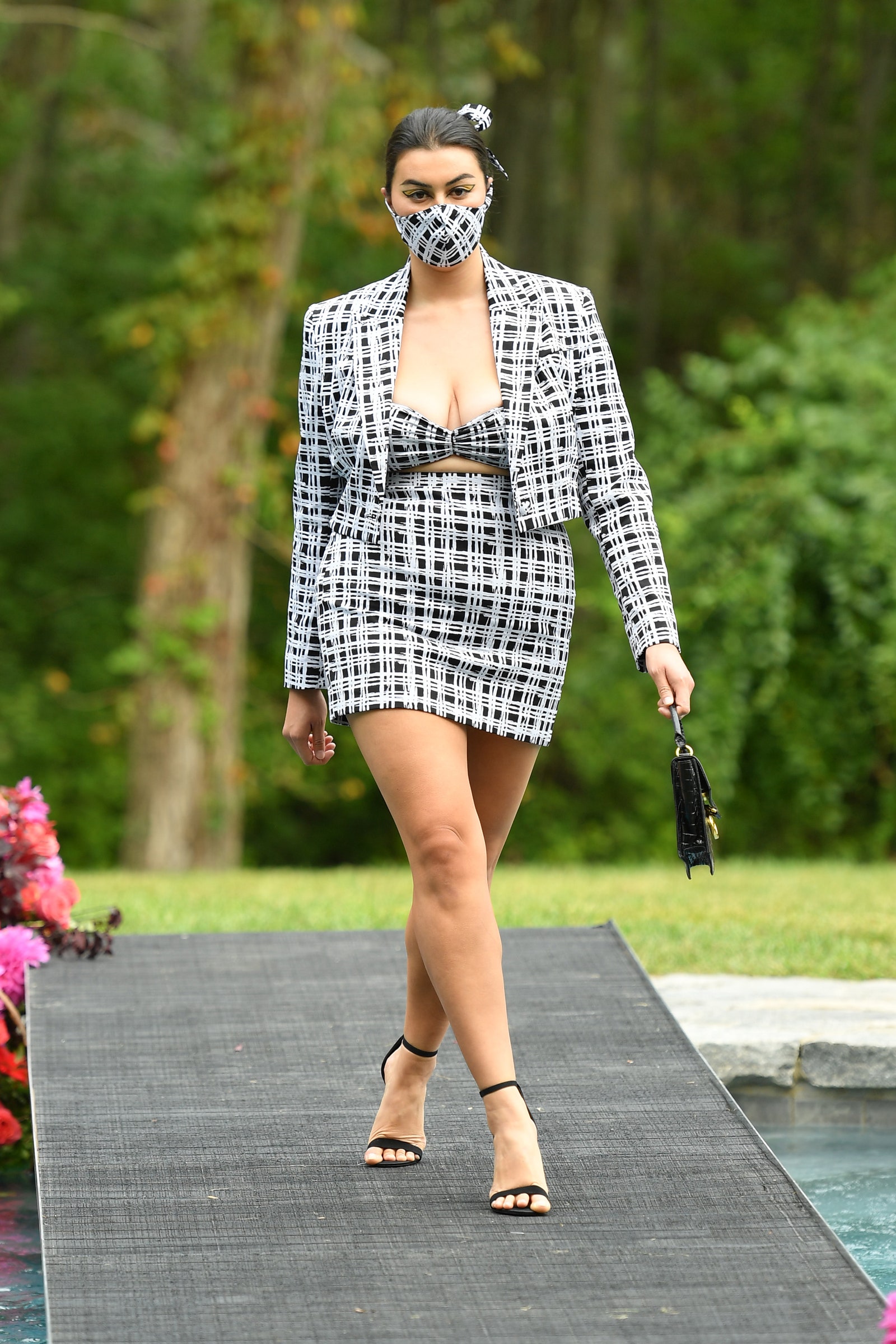 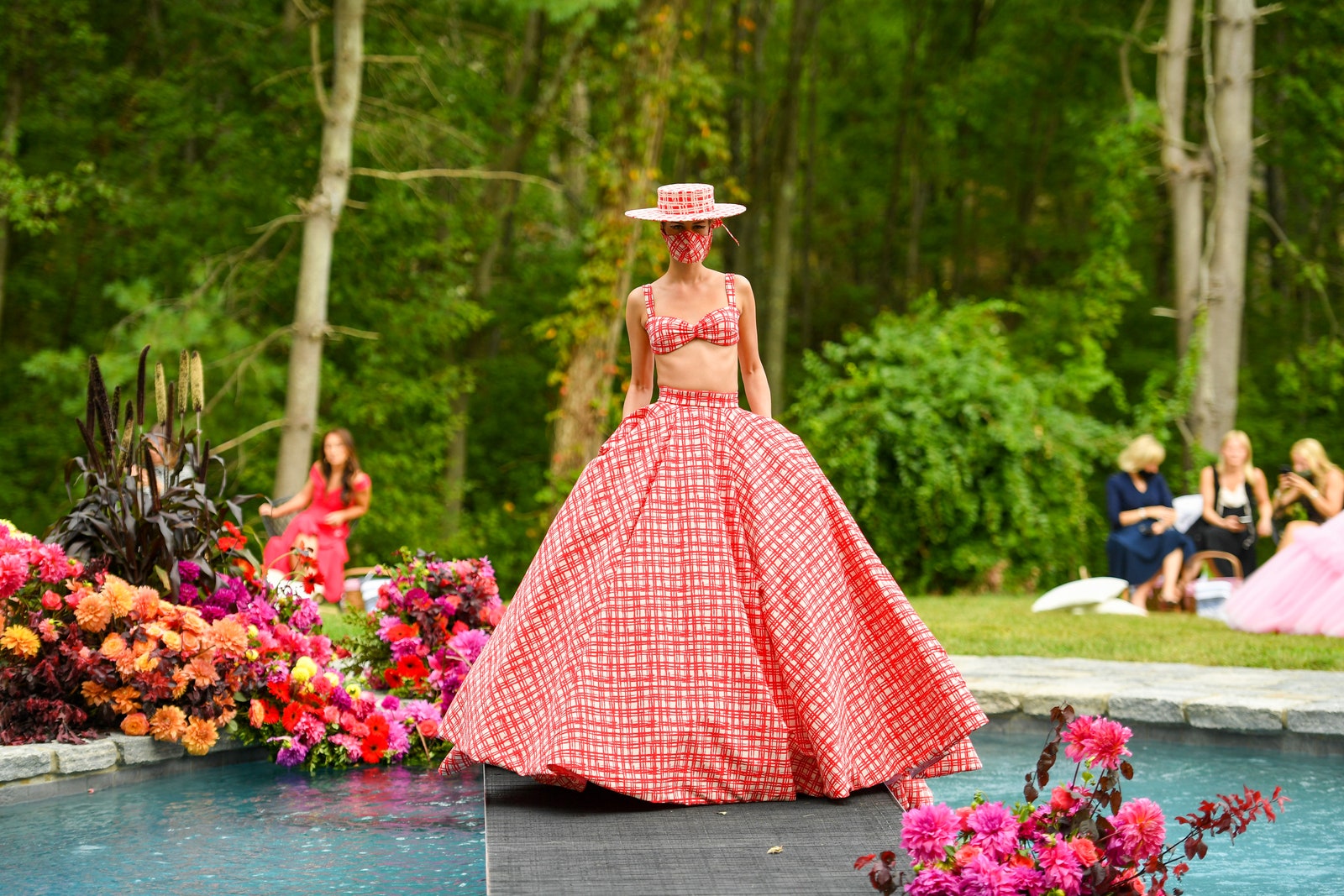 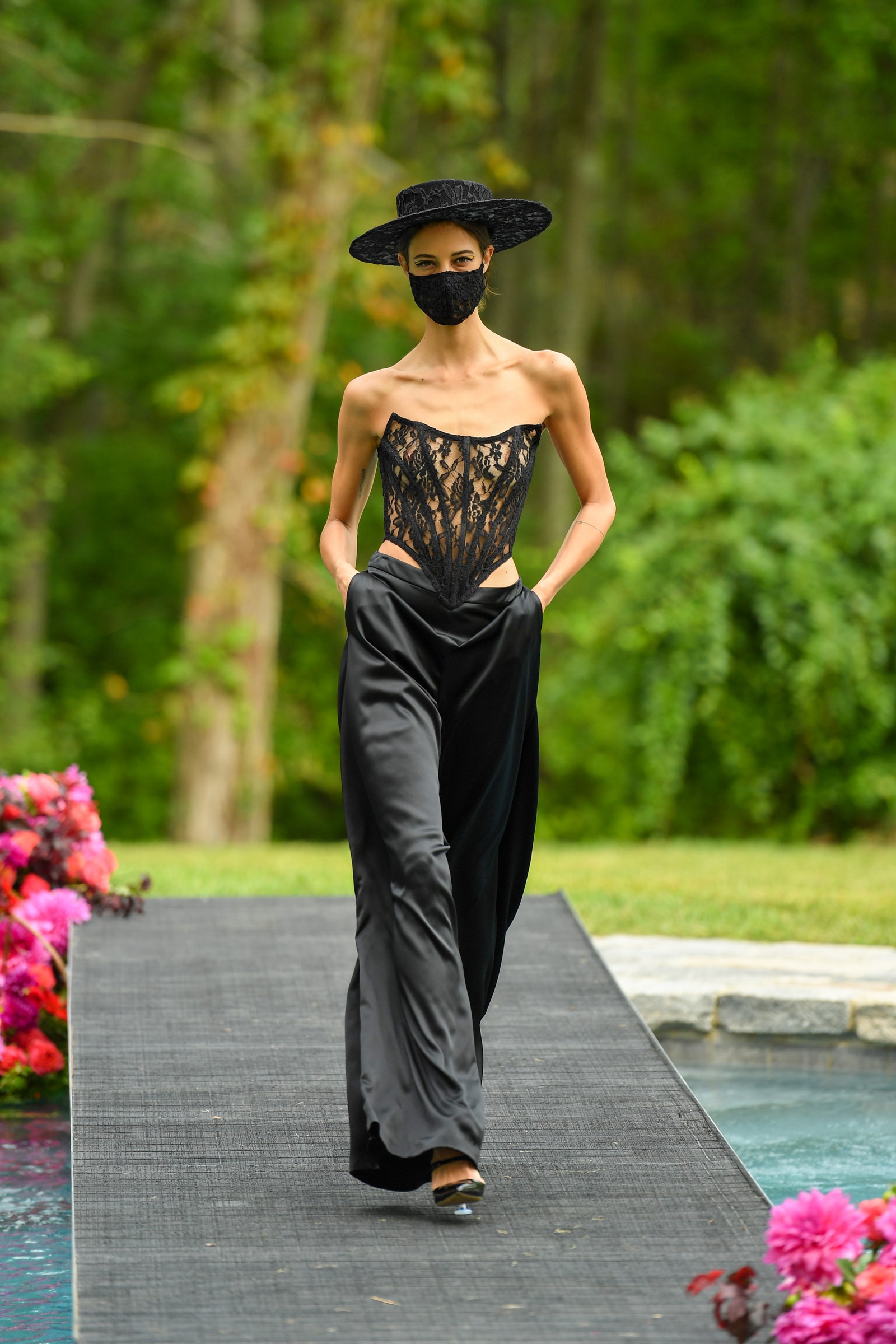