Lauren London released an advertisement video for her collaboration “Forever Stronger” by PUMA, which is based on her journey after the passing of her late boyfriend and rapper, Nipsey Hussle.

On Dec. 10, London posted a video on Instagram of her campaign, which included the actress taking in every moment and memory while roaming Los Angeles wearing the new collection.

The description of the YouTube video reads, “This piece was a creative vision Lauren wanted to bring to life to signify the continuation of her marathon alongside PUMA. Forever Stronger.”

In the background, a poem written by Samantha Smith, Hussle’s Sister, is recited by London.

“Pain is the light, pain is insight. The body hurts, but the spirit grows. The flesh is starving while wisdom overflows,” London read. “I got a question only Lord knows: Does life birth us twice?”

Throughout the video, it expresses murals of Hussle and who he was, as it captured the street signs “Slauson” and “Crenshaw.” By the end of the video, London stands strong in the middle of a street with rows of palm trees behind her, the same location where they captured their iconic photos for GQ Magazine. 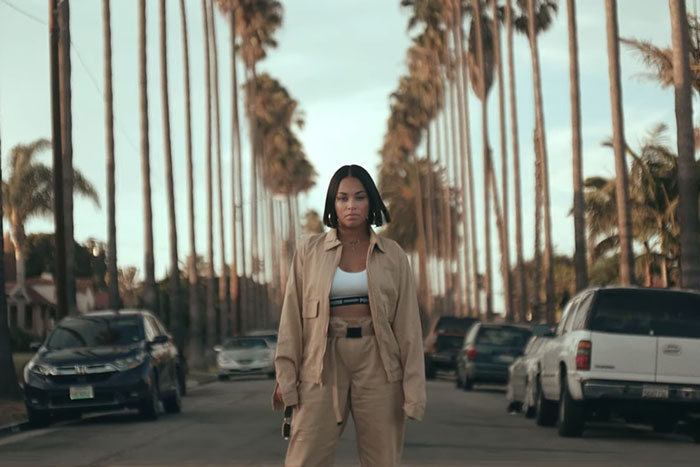 Before Hussle was killed, he was creating a TMC x PUMA collection, that was unfortunately released after his death. The 16-piece clothing collection had similar details and styles that the Slauson native would wear. Now, London is partnering up with PUMA to continue that legacy, and “her marathon.”

The release date for Forever Stronger x PUMA has yet to be announced, but London has fans’ hearts in it and ready to continue Hussle’s Marathon with her.