When one thinks about a “celebration of love,” they think a personal outing, private dinner, or a secluded getaway. However, for Amber Rose and Wiz Khalifa, that celebration took place at a strip club.

This former couple is no stranger to the media. MTV created a timeline from the budding relationship to the chaotic end of Rose and Khalifa. The two became an item in January 2011 when Rose took to Twitter to declare her love for the tatted wonder.

“I need my baby. I’m so in LOVE I don’t care what anyone says that’s my baby I found happiness my heart is with Cam.” Following this declaration, Wiz Khalifa also made different appearances in which he talked about the promising relationship.

2011 showed it to be a very romantic year for both Amber and Wiz. They began to become a public item, making appearances together, taking intimate photos, and even getting each other’s names tattooed on one another. As their relationship began to swiftly reach new levels, Khalifa took a huge step forward and proposed to Rose in March 2012 and by September the model was pregnant. 2013 was welcomed with the birth of their son Sebastian in February and a wedding in July. However, by September 2014, the couple ended their marriage after only a year.

With the abrupt end in the relationship, chaos quickly followed. According to Billboard rumors began to spread that Rose cheated on Khalifa with Nick Cannon, but Rose quickly refuted and shut those down. On the other hand, she did publicly call Khalifa a cheater on Twitter. On September 25, 2014 Rose tweeted, “Please stop with the fake stories. I would never ever ever cheat on my husband in a million years I think u guys know this. … Unfortunately my now ex husband can’t say the same.” Following this, the disorder only seemed to increase with reports and speculation of Khalifa engaged in threesomes, and extended custody battles.

However, after all the messiness, foolery and childish antics, the former couple is now at a better place where they can both be cordial and supportive of one another. Rose validated this cordial “friendship” by attending Khalifa’s release party for his album “Khalifa” in New York, in February 2016.

They are actually so cordial that they celebrated the “love they have for each other” together at Los Angeles strip club “Ace of Diamonds.” Rose and Khalifa were seen at the venue Monday, June 6, 2016, the eve of their divorce settlement.

Complex states, “The former couple had a proper divorce celebration Monday night at the Ace of Diamonds strip club in L.A., with TMZ reporting they both “dished cash” to various performers. Despite some briefly rocky vibes between the two back in 2014 and 2015, Wiz and Rose have been a shining example in 2016 of how to set aside any differences in the name of the fam.”

Billboard states, “According to TMZ, there was cause for celebration as Rose reportedly gets to take home a million dollars and monthly child support fees under their prenuptial agreement while Wiz keeps their Pennsylvania home and 10-car collection.” 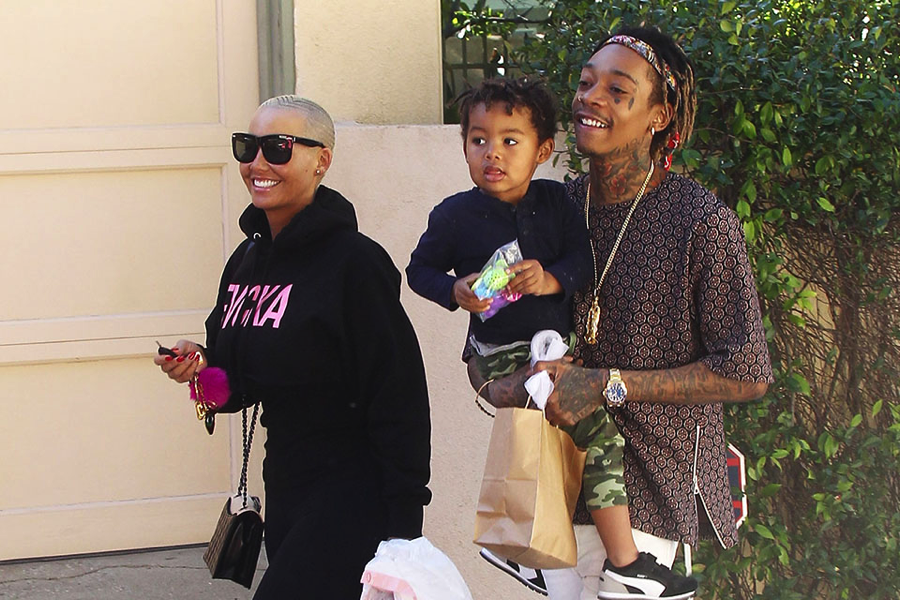 In terms of child custody, both Khalifa and Rose will continue to share the responsibility. The celebrations will continue for both Rose and Khalifa. Rose has now landed her own VH1 talk show, which launches June 17, 2017. Meanwhile, Mr. Khalifa is gearing up for the “High Road Tour” with Snoop Dogg.