Finding his life passion on the board at 12 years old, professional skater Travis Glover has experienced a life that some could only dream of. With sponsorship from companies such as Zoo York and Mountain Dew, the 27-year-old Atlanta native has established a name for himself in the skating industry worldwide. I was fortunate enough to catch up with the talented skater to get insight on where it all began, his spare time hobbies and leaving an impact in the skating community.

Skating is not something that everyone can pull off and definitely is not for the faint heart. What was it that made you want to into that lifestyle?
“I used to play Basketball, but with moving around that kinda faded when the homie Bryan pulled up on the slab! So I copped the target slab (not knowing any better). Eventually I met the little bro Devon Smilie..Him and his family blessed it with a real setup from the shop they owned! From there it was game on. Skateboarding was way iller & more convenient. I just rolled with it & haven’t stopped till this day! But I’ll still ball on you.” 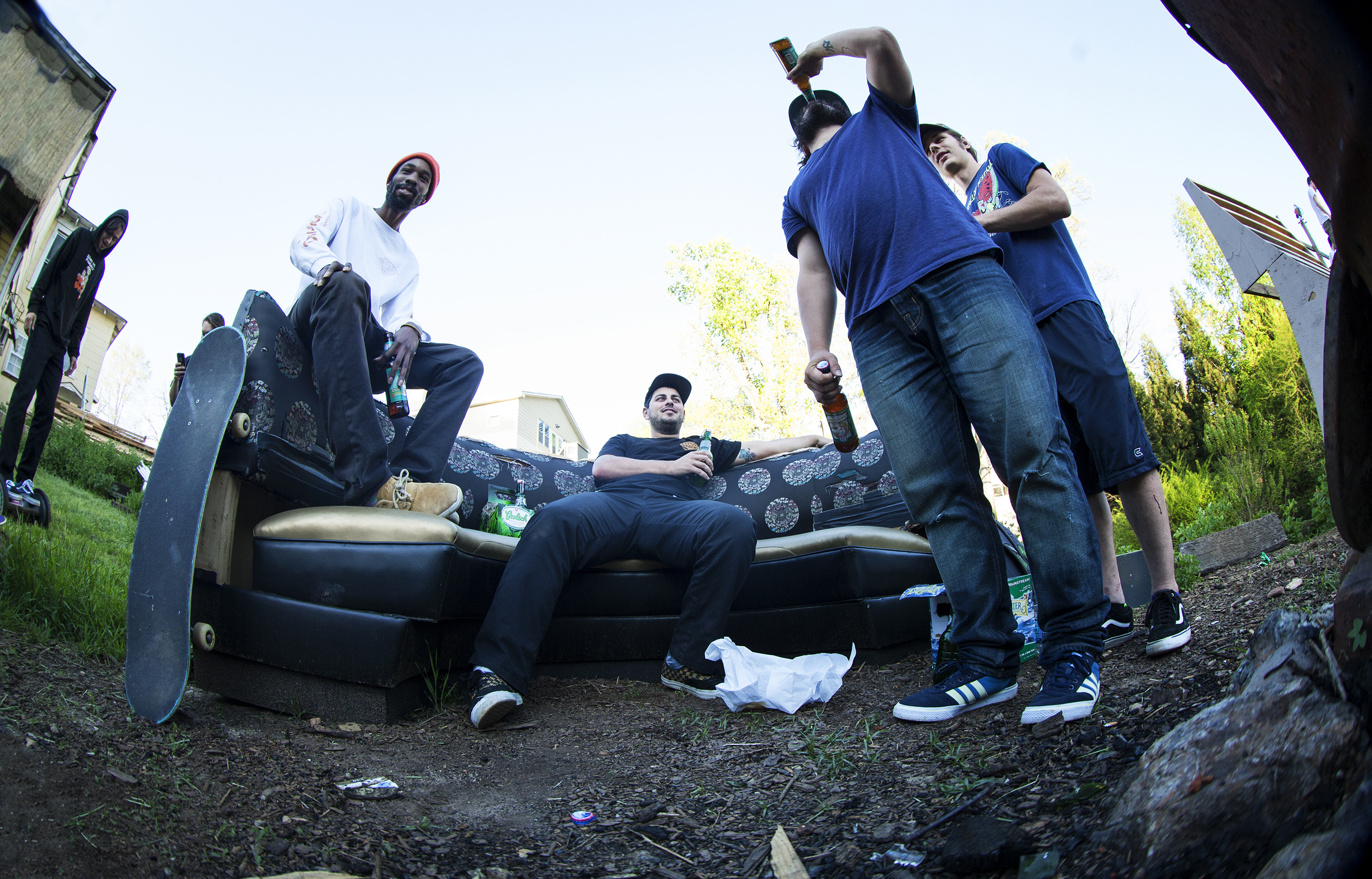 I saw somewhere that you have sponsorships from companies like Zoo York, Mountain Dew, Deck Specks and Sprayground. How did you go about landing your first sponsorship deal?
“It all started off local, which was the shit. I would get hooked up by the older homies around me doing their thing. We would go on little trips to contest or they’d take me out filming down in the city. Gotta shout out the big bros John Porter, Vince Sanchez, Shane Harrison, Stormy, Lee, Aj, Jed, Thomas, Ian, Unger, Brown Dawg, Swinsky, Thiessen, Asmith, Brandon G, Fred Reeves, Fred Reeves, Big Dave, Nike Ron, Kamal, Creasy, Ali K., The ATL Twins, and Reese..Thanks for backing me & pushing me to that next level.”
Aside from the sponsorships, what other opportunities have come your way because of skating?
“Lets just say I’ve lived minus a few continents. But you name it I’ve probably done it! I’d have to say traveling is the icing on the cake though because it comes with so much more. I wouldn’t trade anything for the friends & family I’ve made on the road! I’ve even got to go skate other parts of the world and travel with some of my idols. Got to even work on projects with them that I grew up watching as a kid. Even kicked it with some of my favorite musicians and became friends with them. Life is crazy. That’s just a taste though.”
What’s life like for you off the board?
“Lets just say Atlanta on a New level! A lot of creative’s are putting in work out here. There’s usually a show or festival going on with all the music talent we have. The art scene has been growing which leaves you with some dope art & photo exhibits to check out almost every weekend.  Hotlanta is bout to be in full effect so we’ll probably get the cookout & river cracking soon! But besides all that you can catch the squad at our local spots running the pool tables.” 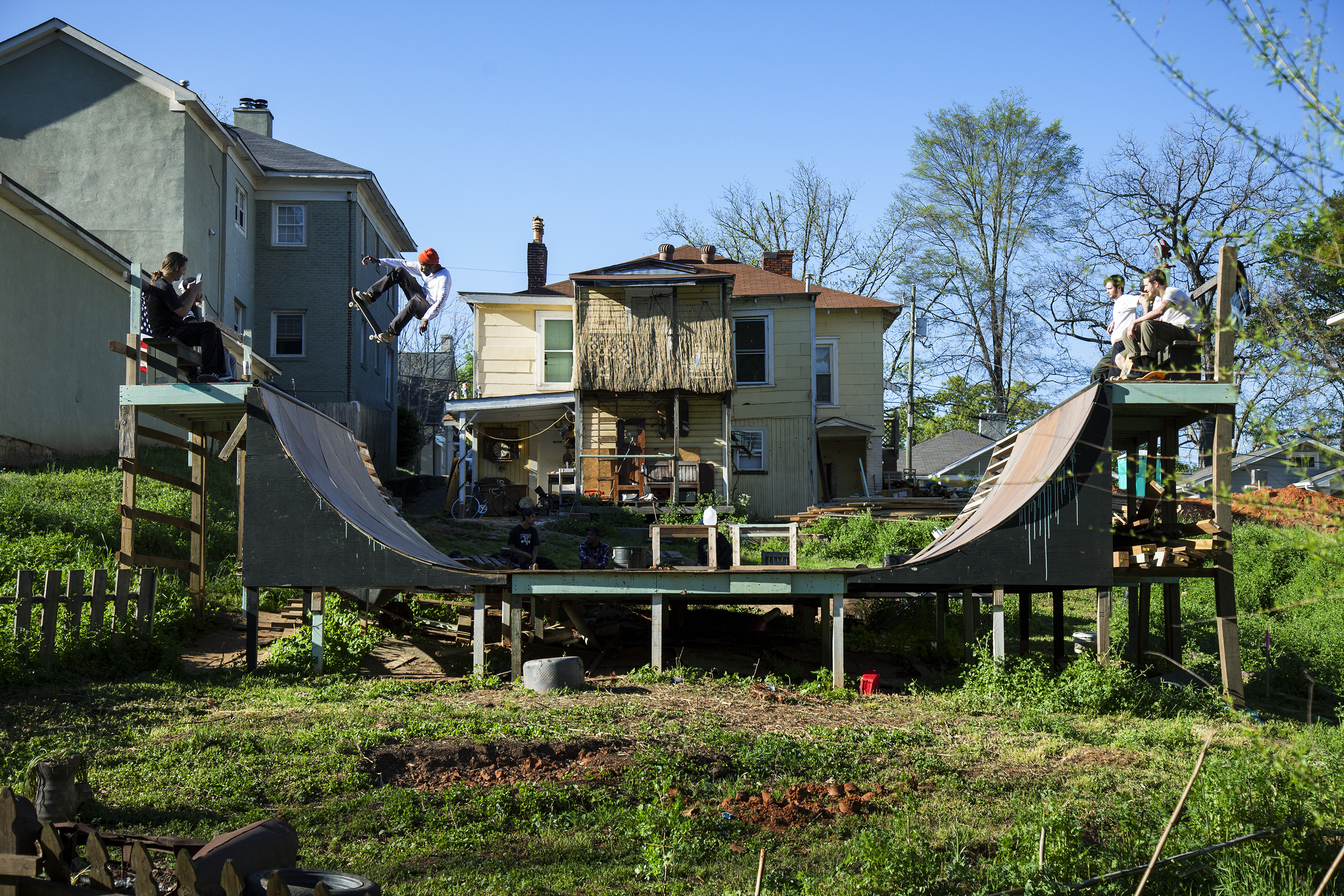 I can tell that you are very passionate about skating and truly enjoy your time with the squad. If this wasn’t a life that you would have to live, what could you see yourself doing?
“Still trying to figure that one out.”
I am sure that there are plenty of kids that love the board life, have the passion, but are constantly told to pursue a different profession. Knowing how tough it can be to truly follow your passion, how do you plan to inspire other young skaters to follow their dreams?
“My goal right now is to start putting together events and build an outlet that will expose the talent that Atlanta has. But in the mean time my advice is to make sure you’re in it for yourself first. Skateboarding isn’t for everyone, but if you bout it go for it. Anything is possible.”