Are you a fan of comic book inspired art styles, over the top cartoon violence, and witty and sometimes dark humor? Then you’ll love the crazy and out of control world of Insomniac Games’ 2014 hit release: Sunset Overdrive. Set in the not so distant future of 2027, the game sees the player battling hordes of mutant creatures in the fictional metropolis of Sunset City using a variety of handcrafted weapons and gadgets. 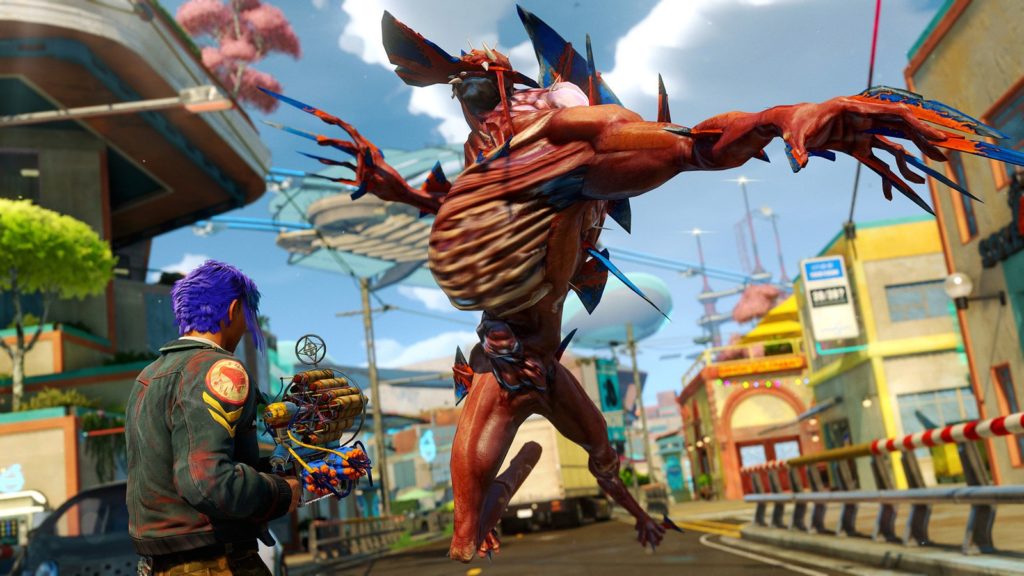 In Sunset Overdrive, the player takes control of a former sanitation division employee of FizzCo, a company whose new energy drink, OverCharge Delirium XT (OCD), has just caused a bunch of humans to transform into violent boil covered mutants known as the OD (OverCharge Drinkers). Having been unaffected by the drink, due to not being allowed to attend the launch party the night of its release, the player must band together with a group of misfit survivors in order to escape the now quarantined Sunset City, and shed light on the nefarious exploits of FizzCo. However, when destroying grotesque monsters, murderous company robots, and giant laser shooting balloon mascots is this entertaining, who wouldn’t want to have a little fun first?

Sunset Overdrive primarily focuses on open-world gameplay, with missions, side quests, and challenges scattered across the large map. Though there is a main story campaign, the player is allowed the freedom to traverse the game world whenever they want to. Movement around areas consist of zip-lining and grinding on rails and telephone lines, bouncing on canopies and car tops, and swinging on flagpoles. Because of the focus on parkour and velocity, players are given style points which instantly enhances and unlocks extra weapon features during combat. 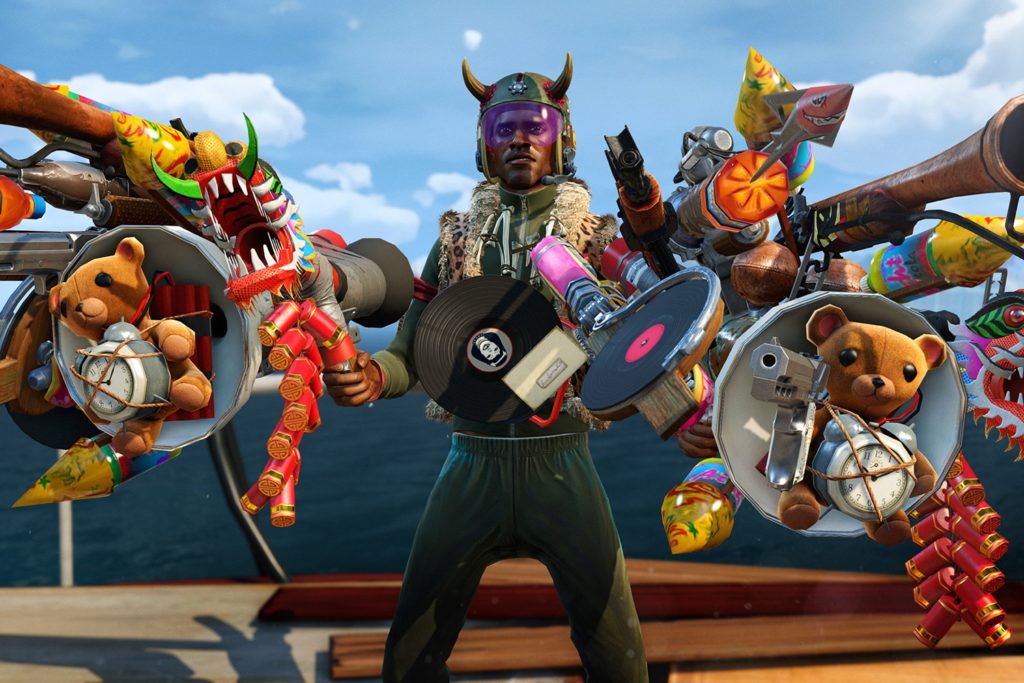 The player is able to completely customize the gender, body type, hairstyle, and outfit of the protagonist, aptly and hilariously named Player throughout the game, and can obtain more clothing options by completing certain quests and visiting the in-game vendor, Callista. Using several unique weapons, such as the TNTeddy grenade launcher, which launches teddy bear covered sticks of dynamite, and the Dirty Harry hand cannon, the player fights monstrous creatures and other enemies. Each weapon is upgradable with the use of certain Amps, which are activated once your style level reaches a higher point.

Also notable in Sunset Overdrive is its sense of humor. Characters will often break the fourth wall, commenting on the use of certain gaming clichés or pointing out the ridiculousness of events that just took place. A disembodied narrator speaks to the protagonist character, usually reminding him or her of any new abilities that were unlocked. Not to mention the “next-gen respawning,” which sees your character returning back from death in a variety of ways without the use of a loading screen. 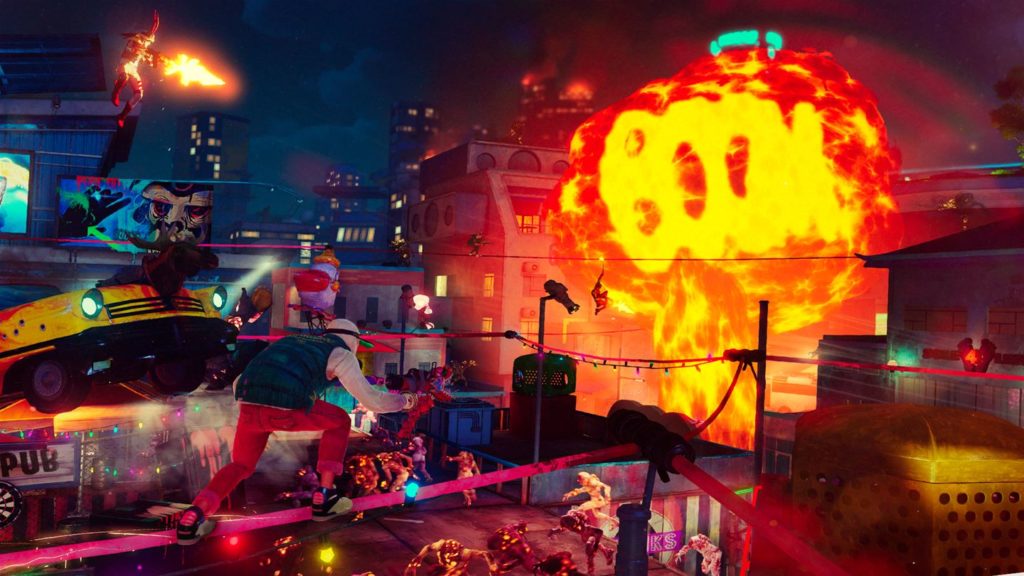 Sunset Overdrive is definitely a fun experience for casual gamers, and those looking to live out their own superhero fantasies. Originally an Xbox One exclusive, the game has recently been released for Windows PC.