I’m tired. The internet has created an amalgam of distinguished individuals with nearly unlimited jurisdiction and range when pushing content to followers – and the networked society adoringly calls them “influencers.”  How “influential” these people truly are is a huge problem, as is the factor of general mediocrity which collectively defines them. 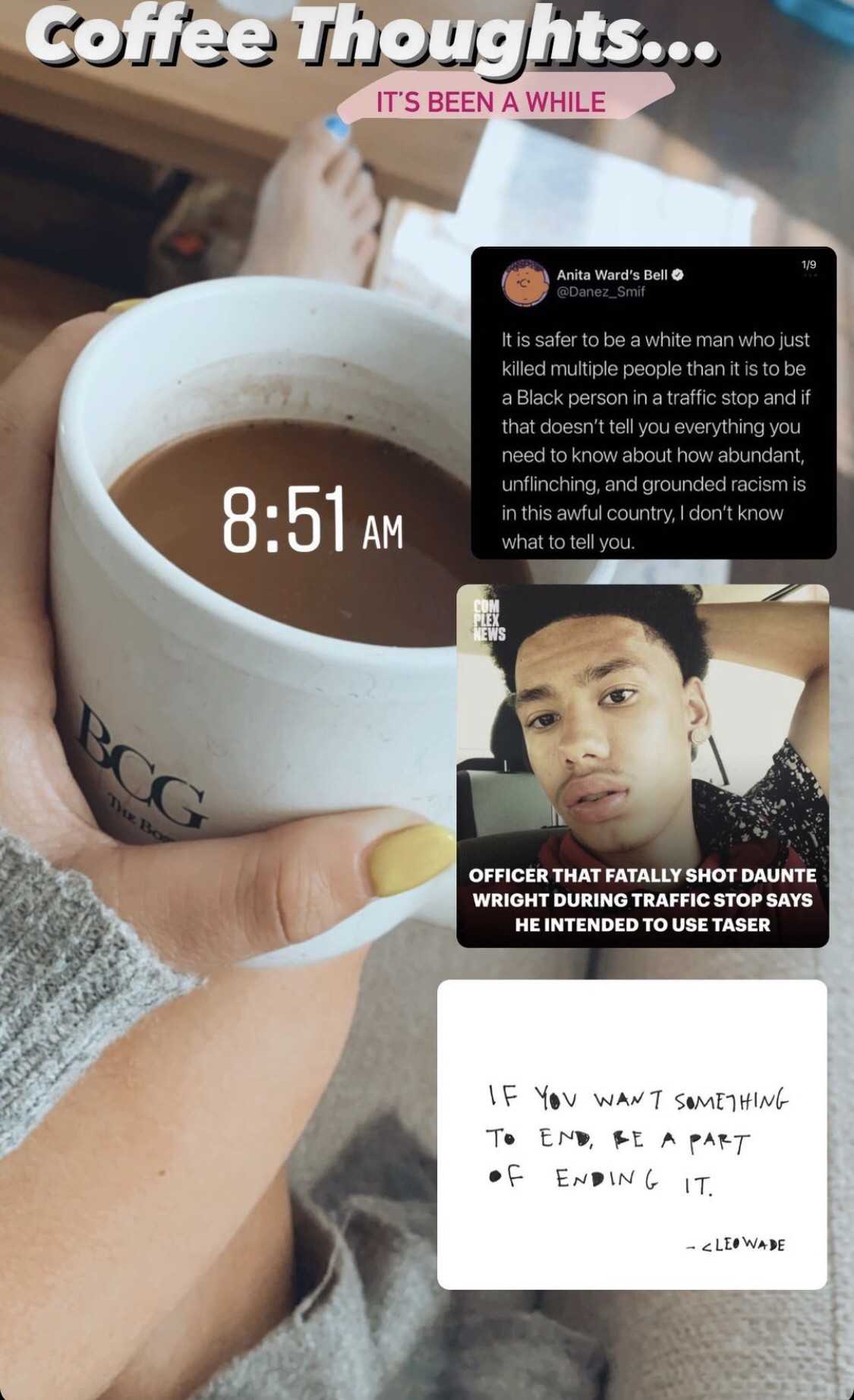 The catalyst for my radical bid for abolition began this past week, after watching the Instagram story of a fitness influencer, currently living in Los Angeles. Days after yet another horrific murder of a young black man by police, she posted a lackadaisical, misinformed, and thoughtless creation. Her story included the caption, “Coffee Thoughts … It’s been a while,” with a photo of her morning coffee, accompanied by screenshots of other’s tweets regarding the event, all with a morning time “aesthetic” outlay. The post also reposted a mistaken report of the police officer who fatally shot Daunte Wright as a male officer, instead of (now former) officer Kim Potter. My initial perceptions were mostly of annoyance, dismay, but also a stinging reminder of how low the bar truly is for white influencers in general – especially when concerning race issues. I’m tired of how easy it is for influencers to gloss over issues that simply do not affect them, and authentic sensitivity and care toward these issues seems to be far from the initial intent. They’re praised for doing the bare minimum, posting a story to prove they have a stance on an issue, only for it to be washed from their profile 24 hours later. How convenient. Further, what a privilege it must be to put forth such minimal effort – not even going so far as to fact-check information – given the immense responsibility that comes with “influencership”. They don’t want to lose followers for being “insensitive” or “not using their platform,” so these soggy, pseudo-attempts at advocacy and allyship make their way onto our feeds.

Let’s ride this wave for a bit longer. A well-fed selfish ego is the love child of the mating between social media influencers and social movements. Regardless of her now skyrocketing career as a radio music artist, Madison Beer was a social media personality first. In June of last year, she was seen staging a photoshoot at a BLM protest, and immediately denied the claims. The need to be recognized and seen in standing for a cause is a play for clout and ultimately trumps any aim for advocacy, no matter how well-intentioned. This kind of action is performative activism at its best, and influencers don’t seem to understand that this isn’t what we want to see from them. By posing for photo-ops at impactful protests against racial injustice, they effectively undercut important issues by making themselves the face of a movement. They become the front-page news, not the movement itself. This kind of irresponsible behavior only slows grassroots efforts for movements, taking a metaphorical foot off of the gas for effective change.

Influencers – you didn’t fix inequality, hatred, or severely damaged systems and institutions. You didn’t insight meaningful conversations, you didn’t educate, and after the hype, craze, and protests began to dye down, so did your performative activism. Rather, you went right back to posting your gym routine for leg-day and your Sunday brunches. You participated in a trend when it suited your convenience.

The best part of being an influencer is the lack of accountability and consequence that comes set in their influencer starter-pack. Influencers who have been involved in scandals or “called out” for insensitivity seemingly always get by with low-effort apologies as mediocre as their talent and content. Influencers are infamous for posting screenshots from their Notes app of languid apologies on Instagram – and just like that – they’re forgiven, all is right with the networked world once again. This made me think of a time in 2009, the internet still in its infancy, when Olympic swimming sensation Michael Phelps was photographed smoking marijuana. For this indiscretion, he lost Kellogg’s as a sponsor and was suspended from the sport for three months. Influential people, before the age of social media influencers, were held to a much higher standard for the consequences of their actions.

Collectively as a society, we need to recognize the reach and influence that these influencers have, holding them accountable for what they post, how they act on and offline – and how they apologize. The modern social media influencer can be lazy, careless, and their support, superficial and meaningless. Allowing them to carry on in this fashion is irresponsible in an era of effort for change and societal reform.